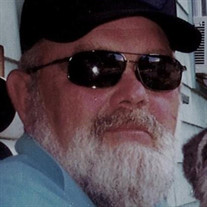 Richard E. Gagnon, 68, died peacefully on Saturday, October 2, 2021 after a long illness. He was the husband of 45 years to the late June (Wheelock) Gagnon, who died July 16, 2020. Richard leaves two sons, Richard J. Gagnon and his wife Mellissa of Athol and Michael Gagnon and his wife Aimy of Orange; two daughters, Audrey and Tammy; four grandsons, MIchael Gagnon, Jr, Jacob Gagnon, Brody Gagnon and Eric Gagnon all of Orange and his longtime family friends, Kristen Domack and Matthew LeFort. He was born in Lowell on December 25, 1952 a son of the late Ronald and Shirley (Brown) Gagnon. He grew up in Westford and lived in several different parts of the country, he lived in Worcester for 28 years and then Athol for 10 years and in Gardner for the past 9 years. He served in the US Navy during the Vietnam War. Richard worked for several moving companies and machine shops in the Worcester area. He was an avid hunter, fisherman and enjoyed gardening especially growing gladiolus and he was a member of the Orange Gun Club. Richards' family would like to express their thanks and gratitude to the staff at the Gardner Rehab and Nursing Center for their kindness and the care given to him over the past 9 years. Richard's funeral services and burial will be private. The Fiske Murphy & Mack Funeral Home, 110 New Athol Road, Orange, MA 01364 has been entrusted with Richard's funeral arrangements. In lieu of flowers, please consider making a memorial contribution to the Gardner Rehab and Nursing Center, Activity Fund, 59 Eastwood Circle, Gardner, MA 01440. To leave an online condolence please visit www.mackfamilyfh.com. Kevin J. Mack and Walter C. Taylor

The family of Richard E Gagnon created this Life Tributes page to make it easy to share your memories.