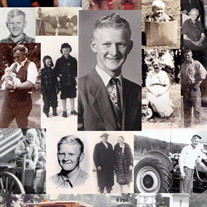 New Salem- Ralph E. Hunt, 85, formerly of New Salem, died Monday, January 4, at Quabbin Valley Healthcare. Ralph was born May 7, 1935, in Montague, son of the late Ralph F. and the late Helen M. (Mealand) Hunt. Ralph grew up in Orange, attending Orange schools and graduating from New Salem Academy in 1949. Ralph worked for several large construction companies, helping to complete the construction of Route 91 and Route 140. Before taking the job for the Town of New Salem, he was offered Highway Superintendent for the Town of Orange, it was Dr. Hunting that provided the acres to build the home for his family that made the decision. Dr. Ward Hunting made a decision to sell part of his land to make a small area for a few young families to have a slice of heaven. He had the idea, and thought Ralph was the man for the job. Using his God given ability, he took a piece of land in the woods and turned it into a safe an fun place to raise children & grandchildren. These people included John & Tillie Hicks, John & Diane Zani, Jon & Sandra McLaughlin, Maryann & Victor Colo. The family came together to help to build his home, people like Ronald Hurlburt who was instrumental in digging the foundation as well as helping to complete the inside work, Robert White custom made all the cabinets in the kitchen of this home, Uncles Oren, Gordon and Earl North put the first roof on this home, of course there was a trade, there was a broken something somewhere that needed his unique ability to “Fix it right the first time.!” From May of 1976 until June of 1993 Ralph worked for the Town of New Salem as Highway Department as Superintendent, Tree Warden and Special Police Officer. For the many crazy “working with Ralph stories” please see Mr. Thomas Swan, ask him about the swim in the beaver pond. After he retired, his routine was to work with his brother on the Hunt Farm. As a Member of the North New Salem Congregational Church, every Sunday with few exceptions Ralph would attend. He leaves two sons, Joseph R. of California and Frederick W. of Athol; daughters, Jennifer M. of Orange, whom died in 2014, Christine J. of New Salem, one granddaughter, Alexandra H.; a great-grandson Landon .J. There will be NO Services – there was COVID-19 involved – Ralph was cremated on January 9th, 2021. To leave an online condolence, please visit www.mackfamilyfh.com. Mack Family Funeral Homes, Higgins O'Connor Chapel, 146 Main St., Athol is assisting with arrangements.

The family of Ralph E. Hunt created this Life Tributes page to make it easy to share your memories.