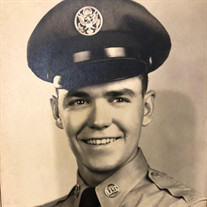 Thomas Edward Miller Hopkinton-Thomas Miller, 89, of Hopkinton, formerly of Athol passed away peacefully Saturday May 15 at his home after a long struggle with cancer. Tom was born in Athol on November 19, 1932 to the late Perley “Bill” Miller and the late Agnes (Horrigan) Miller. He grew up in Athol, graduating in the class of 1949, after which he entered the Air Force. He served for several years in flight support during the Korean War while stationed in Japan. After the service, he went back to college at Fitchburg State, earning a degree in education. In 1968, he finished his Master’s Degree in History. For the majority of his career, he worked as a history teacher and then as an Assistant Principal at the Athol Junior High School. Retiring at age 60, he embarked on a new career in real estate both in Athol and on Cape Cod and then worked for NOAA at Woods Hole Oceanographic Institute. A job that of everything he did he enjoyed more than anything. Tom loved the outdoors, especially fishing and enjoyed many a weekend on the Quabbin Reservoir which he felt was one of the most special places on Earth. He was a die-hard sports fan, especially of the Patriots, Red Sox and Bruins. He leaves his good friend and companion, Andrea Brass of Hopkinton; a son, Brian Miller and his wife Beth of Jacksonville, FL; two sisters Margaret Kelleher of Harwichport and Nancy Murphy of Athol; two step-daughters, Diane Karagianis of Beaufort, South Carolina and Deborah Strafuss of Weston and their families. He also leaves three grandchildren, Emily Miller of Walden, New York, Matthew Miller of Jacksonville, Florida and Benjamin Miller of Tallahassee, Florida as well as numerous nieces and nephews. Besides his parents, he was pre-deceased by two wives, Claire (Farquahar) Miller and Barbara (Shilbis) Miller as well as a son, Robert Miller. Thomas’s funeral will be held on Thursday, May 20, 2021 at 11:00 a.m. in the Fiske Murphy Mack Funeral Home, 110 New Athol Road, Orange, MA 01364. Burial will follow in the Silver Lake Cemetery, Athol, MA. Calling hours will be in the funeral home on Wednesday, May 19, 2021 from 5-7 p.m. To leave an online condolence please visit mackfamilyfh.com Fiske Murphy Mack Funeral Home, 110 New Athol Road, Orange, MA has been entrusted with Mr. Millers funeral arrangements.

Thomas Edward Miller Hopkinton-Thomas Miller, 89, of Hopkinton, formerly of Athol passed away peacefully Saturday May 15 at his home after a long struggle with cancer. Tom was born in Athol on November 19, 1932 to the late Perley &#8220;Bill&#8221;... View Obituary & Service Information

The family of Thomas Edward Miller created this Life Tributes page to make it easy to share your memories.