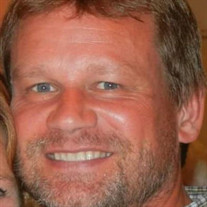 Glenn Bartlett Hastings, 58, of Royalston MA, passed away Thursday, June 24, 2021 at his home with his loving family by his side after a brief battle with cancer. Glenn was born in Attleboro on October 14, 1962, son of the late Bartlett Herbert and Ruth Holly Hastings. He was a 1981 graduate of West Springfield High School where he was a member of the band, and earned the rank of Eagle Scout with the Boy Scouts of America. After graduation, he served his country as an Air Traffic Controller in the US Army. He worked for Verizon for 20 years, retiring in 2018 to fulfill his lifelong dream of becoming a farmer. Glenn enjoyed hiking with friends, taking people on shortcuts that were not quite short, but always an adventure. He loved kayaking and anything outdoors. He enjoyed sharing a Budweiser and storytelling with family and friends and was an avid Red Sox fan. He also had many different collections, including baseball cards, coins and beer cans. Glenn treasured sharing his home with friends and family, especially gatherings at the table for a meal where everything had been produced on The 1810 Farm. He leaves his wife, Elizabeth (Weaver) Hastings; his mother, Ruth (Darling) Hastings of Westfield; his son Jesse Hastings and his partner, Christiane Leger of Greenfield; step-son Benjamin Weaver and his partner Liana Rodier of Cambridge. Glenn also leaves two brothers, Kenneth Hastings of West Springfield and Andrew Hastings and his wife Stacia of Westfield, his in-laws Charles and Jean Weaver of Largo, Florida, MA; brothers-in-law, Andrew Weaver and his wife Angela of Westfield and William Hank of Reading; one sister-in-law Melanie Macklow Weaver of Milford, eight nieces and nephews, Noel, Matthew, Ryan, Emily, Joshua, Jacob, Sara and Zachary. He also leaves his cousins and friends, to many to be counted, but forever loved. In addition to his father, Glenn was predeceased by his brother-in-law, Michael Weaver and sister-in-law, Linda Weaver Hank. The family would like to express thanks to Care Central VNA and Hospice for their guidance and care over the past weeks, and also to the Royalston Community Farmers who have been at their side, caring for not only family but also all the animals on the farm. Funeral services will be held on Wednesday, June 30, 2021 at 10:00 AM in the First Congregational Church of Royalston, 15 On the Common, Royalston, MA 01368. Burial will follow in the Jonas Alliene Cemetery, Winchendon Road, Royalston. Calling hours will be held on Tuesday, June 29, 2021 in the Fiske-Murphy-Mack Funeral Home, 110 New Athol Road, Orange, MA 01364 from 4-7 PM followed by a tribute by the Athol American Legion to honor Glenn. Memorial contributions can be made to the Glenn B. Hastings Memorial Fund, C/O Athol Savings Bank, 338 Main Street, Athol, MA 01331, to support Royalston Community projects and charities.

Glenn Bartlett Hastings, 58, of Royalston MA, passed away Thursday, June 24, 2021 at his home with his loving family by his side after a brief battle with cancer. Glenn was born in Attleboro on October 14, 1962, son of the late Bartlett Herbert... View Obituary & Service Information

The family of Glenn Bartlett Hastings created this Life Tributes page to make it easy to share your memories.