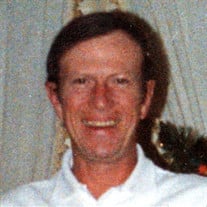 WESTMINSTER- Michael P. Morgan, 67, of 88 State Road East, died peacefullyTuesday afternoon, October 1, 2018 after sustaining a fall in his home, causing injury to the brain, in August. He was born in Worcester, on January 19, 1952 son of the late Robert B. “Mike” Morgan and Helen P. (Winters) Morgan and was a graduate of Gardner High School, class of 1970 and went on to attend Worcester Trade School after graduation. Mike worked for 27 years for the state of Massachusetts in various departments. His first job was with the Department of Mental Health, starting out at 18 years old, working with clients who had mental disabilities. He was passionate about the people he worked with and always shared colorful stories with friends and family. Mike also worked with the Special Olympics, Rutland State Hospital, Fernald School in Templeton, Mount Wachusett Community College and was a regular handyman around Gardner, helping many people with side jobs in their homes. Mike was well-known for being very kind and generous to all that he knew and for always knowing someone, no matter where he was. Mike was a lifetime member of the Polish American Citizens Club (PA CC) and ran many programs through the club, such as Spook Walk, club family gatherings at the Pavilion, organizer of the annual Christmas party and he participated in many other PACC functions over the years of his membership. Mike was a music lover who was in a band in his younger days as a drummer, he enjoyed volleyball (jungle rules!) and camping He leaves two children, his daughter, Carlee Mills and her husband Courtney Mills; his son, Curt Morgan, all of Gardner; three grandchildren, Marcus Morgan Mills, Madison Mills and Braylon Mills, all of Gardner; two sisters, Kathy (Morgan) Graves and Jane Morgan, both of Gardner; three brothers, Earle Morgan of Phillipston, William “Bill” Morgan and his wife Bettie of Phillipston, and Robert “Bob” Morgan and his wife Patty (Klash) of Gardner; and many nieces, nephews, great nieces, great nephews and cousins. The family will be holding a private graveside service at a later date. There are no calling hours. Friends and family are invited to join in a Celebration of Life at the Polish American Citizens Club on Thursday, October 10, 2019 from 4 to 7 PM. To send an online condolence please visit www.mackfamilyfh.com. Mack Family Funeral Home 105 Central St., Gardner are directing arrangements.

WESTMINSTER- Michael P. Morgan, 67, of 88 State Road East, died peacefullyTuesday afternoon, October 1, 2018 after sustaining a fall in his home, causing injury to the brain, in August. He was born in Worcester, on January 19, 1952 son of the... View Obituary & Service Information

The family of Michael P. Morgan created this Life Tributes page to make it easy to share your memories.