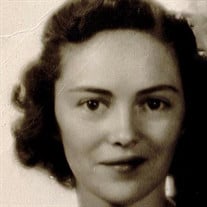 ATHOL – Barbara E. (Matthews) Hickey, 91, of Athol, passed away Monday, February 8, 2021 at home. She was born on November 5, 1929 in Livermore Falls, ME the daughter of the late Ernest B. Matthews and the late Della (Farrington) Matthews. She was raised in Maine and Montpelier, VT until moving to Athol in 1941, and has lived the last 4 years with her daughter Karen.   She graduated from Athol High School with the class of 1948.  She attended Worcester State College and studied learning disabilities.  She worked for L. S. Starrett Tool Company for fifteen years as an office clerk until her retirement in 1989.  She was a former member of the American Legion, AARP, Athol Golden Age Club and a member of the Athol Hospital Auxiliary.  She was also a member of the Athol-Orange Baptist Church in Athol.  She enjoyed crocheting, gardening, painting, camping and her miniature poodle, Skippy.   Barbara’s paintings were a delight and she was in painting classes just last year.  She loved feeding the birds and squirrels, traveling to the Cape where she enjoyed boating on the ocean with her daughter Janice and family. She is survived by her daughter, Janice Morse and her husband Malcolm of Cape Cod, son, Francis Hickey and Lisa of Orange, daughter, Karen Sullivan of Athol;  five grandchildren, Larissa Anderson, Amy Burnham, Jessica Pugliese, Frankie Hickey and Timothy Hickey;  10 great grandchildren; two sisters,  Bettidene Carlson of Athol, who she lived side by side for 17 years until 2017 and Donnie Libby of St Petersburg, FL. She was predeceased by her husband of 27 years, Francis D. Hickey in 1981; her brother, William Matthews who passed at Guatalcanal in the service; and her grandson, Phillip Morse. Funeral services will be held Saturday, Merch 20, 2021 at 11:00 a.m. in a double ceremony with her sister Bettidene Carlson in the Fiske-Murphy & Mack Funeral Home, 110 New Athol Rd., Orange. Burial will follow in South Cemetery, Orange. A Calling Hour will be held from 10:00 to 11:00 in the funeral home prior to the service. Barbara's family wants to thank her loving and compassionate caregivers and Hospice for their services.  In lieu of flowers, the family suggests that memorial donations be made in her memory to the North Quabbin Regional Animal Shelter c/o Athol Police Department, 280 Exchange St., Athol, MA 01331.  To leave an online condolence, please visit www.mackfamilyfh.com.  Fiske-Murphy Mack Funeral Home, 110 New Athol Rd., Orange is assisting with arrangements.

ATHOL &#8211; Barbara E. (Matthews) Hickey, 91, of Athol, passed away Monday, February 8, 2021 at home. She was born on November 5, 1929 in Livermore Falls, ME the daughter of the late Ernest B. Matthews and the late Della (Farrington) Matthews. She... View Obituary & Service Information

The family of Barbara E. (Matthews) Hickey created this Life Tributes page to make it easy to share your memories.