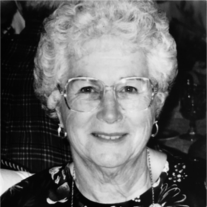 ATHOL - Sylvia A. (Ward) Gray, age 88, of Athol died Thursday, March 17, 2016 at East Village Place in East Longmeadow, MA. Sylvia was born February 24, 1928 in Orange. She is the daughter of the late Eddie L. and the late Dorothy (Gleason) Ward. Sylvia grew up in Orange graduating from Orange High School in 1945 and moved to Athol following her marriage to Robert L. Gray on May 18, 1947. From the early 1950’s Sylvia resided on Bearsden Road in Athol and in 1976 moved to Sportsman’s Pond. Following the death of her husband in 2009 she moved to E. Longmeadow to be closer to her daughter. She was employed as a bookkeeper at the A & P during the late 1940’s, and following that worked at the Athol Savings Bank. For many years she was a stay-at-home Mom raising her family and providing day care for a friend. On election days, Sylvia enjoyed working at the polls, checking people in, socializing with town residents and counting the votes. She was a member of the Athol Women's Club, and for 60 years a member of the Athol Congregational Church. Sylvia loved to bake, and was always ready with her delicious baked goods when friends and relatives would visit. She enjoyed painting with oils and in later years with water colors. In their retirement years she and her husband Bob traveled across country in their RV, exploring the USA. They would often make Branson, Missouri one of their stops where Sylvia would attend a painting course while Bob attended a woodcarving seminar. Sylvia was a devoted mother and grandmother whom her grandchildren lovingly referred to as Nana. She had an infectious laugh and the natural ability to offer comfort when it was needed. Her children and grandchildren are her greatest legacy and she was extremely proud of all of them. She is survived by one son Robert Gray Jr. and his wife Shari of Crystal Lake, IL; one daughter Barbara Nault and her husband Andre of E. Longmeadow, MA; one son-in-law, Doug Rindone of Orlando, FL; one sister Deanna Yeransian of Weston, MA; and two brothers Dr. Gene Ward of Los Angeles, CA; Atty. Robert Leslie Ward of Centerville, MA. She is also survived by seven grandchildren; Jessica (Kevin) Yates of Apopka, FL, Vanessa (Mark) Monn of Mt Dora, FL; Emily (Scott) Claussen of Marblehead, MA; Robert Gray of Crystal Lake, IL; Kathleen Gray of Chicago, IL; Marc Nault and Danielle Nault of East Longmeadow, MA and three great-grandchildren. Sylvia was predeceased by her loving husband of 62 years, Robert L. Gray; daughter, Cynthia Rindone and brothers Eddie and Stanton Ward. Her family would like to thank East Village Place, Capuano Care and Baystate Hospice for their compassionate care of Sylvia. The funeral will be held at 11:00 am on Saturday, March 26 at Higgin's O'Connor Funeral Home, 146 Main St., Athol, with Rev. Beverly Prestwood Taylor officiating. Burial will follow in Silver Lake Cemetery, Athol. A calling hour will precede the service from 10 - 11 a.m. in the funeral home. In lieu of flowers, the family suggests that memorial contributions to be made in her memory to the Alzheimer’s Association at www.alz.org/donate.
To order memorial trees or send flowers to the family in memory of Sylvia A. Gray, please visit our flower store.