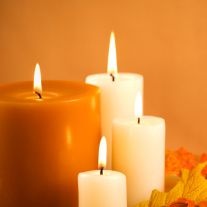 Athol-Stanley F Miarecki, 79, died Monday, June 27, 2022 at Athol Hospital after an illness. He leaves his wife of 44 years Arcelia “Tut” (Godin) Miarecki; three sons, Michael Miarecki of NY, Marty Miarecki and his wife Paula of Athol and Dean Miarecki and his wife Sue of Las Vegas, NV, and six grandchildren. He also leaves his father-in-law Leo Godin, step-brother Ted Bassett and several nieces and nephews, brother-in-law, sister-in-laws and cousins. He is predeceased by a sister Maryann Sioui. Stanley was born in Ware, MA on March 16, 1943 a son of the late Anita (Miarecki) Bassett and Edward Bassett Sr. He was a 1961 graduate of Athol High School. He worked as a machine operator for UTD for many years and then for H & R prior to his retirement. He was a member of the Lituanian Club, the Ellinwood Country Club and the Athol American Legion. He had been very active playing softball for over 20 years, he was an amazing 3rd baseman. He coached Babe Ruth little league for his sons. During his retirement Stanley loved fishing, golfing and in 1995 he won the Club Championship in his division. He took great pride and joy in his multiple vegetable gardens and his lawn. He loved to be outdoors doing something keeping himself busy. A graveside service will be on Thursday, July 7, 2022 at 11:00 a.m. in the Silver Lake Cemetery, Athol, MA There are no calling hours. In lieu of flowers, memorial contributions can be made to either the American Diabetes Association, at diabetes.org or to the American Kidney Foundation at kidneyfund.org. To leave an online condolence please visit, www.mackfamilyfh.com. Kevin J. Mack, Walter C. Taylor and Douglas M. Stone, funeral directors.
To order memorial trees or send flowers to the family in memory of Stanley Francis Miarecki, please visit our flower store.