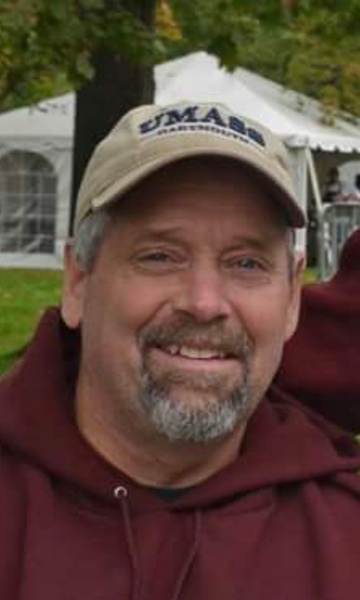 Scott David Whittle, age 59, passed away after sustaining injuries while on vacation in Florida on Saturday, July 23,2022.
Scott was born on March 23,1963 in Gardner MA to Glenn and Gail Whittle. The family moved to Templeton in 1968 where Scott graduated from Narragansett Regional High School in the Class of 1981. He later attended UMass Amherst graduating with a degree in Computer Engineering. Scott started his career working for Hughes Aircraft Company in California in 1986 as a Computer Systems Engineer. Scott eventually progressed through the ranks to work for Raytheon Airborne System Division out of El Segundo California.
Scott leaves behind his two sons Conner Whittle of Templeton and Cameron Whittle of Adams MA, his father Glenn Whittle of Winchendon, His brother Sean Whittle and his wife Heidi of Templeton, his sister Cindy and Tom Dow of Winchendon, his sister in law Karen Whittle of Suffield CT, and several nieces and nephews. Scott was predeceased by his twin brother Stuart Whittle, his mother Gail Whittle, and his wife Marla Whittle.
Through high school Scott was involved in most activities available to him. He was in the marching band, played tennis, skied, raced dirt bikes, hiked, camped, and loved to travel. Always at his side was his girlfriend Marla. In 1986 the couple moved to California and married on September 11, 1987. After several years of building a life with one another Marla gave birth to her two boys on June 2, 1998.
At 42 years old, Scott was diagnosed with Pompe Disease, a rare type II glycogen storage disease which primarily leads to the breakdown of muscle tissue. Scott had to retire early causing the family to move back to Templeton to be closer to family. Scott always looked at the bright side of every hand that he was dealt. Scott's attitude towards life was that today is the best I'm going to feel, so let's go out and do something. Whether it was another trip back to Mohegan Sun, a drive around town on his shiny new scooter, or stop in to visit anyone who happened to be outside. Scott had the gift to gab and everyone was a friend.
A graveside service will be held Saturday, August 13, 2022 at 11 a.m. in Greenlawn Cemetery, Bridge St., Baldwinville.
Memorial donations in Scott's honor can be made to the United Pompe Foundation, 5100 N. Sixth Street #119, Fresno, CA 93710.
To send an online condolence please visit www.mackfamilyfh.com.
Mack Family Funeral Homes, 105 Central St. Gardner is directing arrangements.
Kevin J. Mack, Walter C. Taylor, Douglas M. Stone directors.

To order memorial trees or send flowers to the family in memory of Scott David Whittle, please visit our flower store.