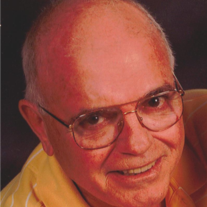 Robert Joseph Mullarkey, 79, of Athol, died Sunday, July 14, 2019 in the Quabbin Valley Healthcare, Athol. He was born in Brooklyn, NY, on January 8, 1940, the son of the late John and the late Ellen (Newman) Mullarkey. Robert grew up in Brooklyn NY & and Schenectady, NY. He obtained his bachelor’s degree in engineering and moved to Connecticut where he began his career as a design engineer for Pratt and Whitney in Windsor Locks until his retirement. Robert was a professional pool player, winning many tournaments. He enjoyed Formula 1 racing and fishing, especially with his grandchildren. He was an owner of a Lancia automobile which he lovingly restored and was a member of the American Lancia Club for 45 years. Robert also enjoyed camping and his two cats. He leaves his wife of 33 years: Sandra G (Faulk) Mullarkey of Athol; and two sons: Alan Fulkerson and his husband Peter Mandly of Marshfield and Eugene Berg of CT, one daughter: Paula Thibault and her husband Charles of Athol; two grandchildren: Justin Thibault and Christina Eoff; four great grandchildren: Aiden Grabel, Raevyn Grabel, Joshua Thibault and Matthew Thibault; one nephew: Richard Arcuri. He was predeceased by his sister Ann Arcuri. A Mass of Christian Burial will be held at Wednesday, July 24, 2019 at 11:00 am in Our Lady Immaculate Church, 192 School St. Burial will be held at a later date. Calling hours will be held Wednesday from 9:30 - 10:30 a.m. at the Fiske-Murphy & Mack Funeral Home, 110 New Athol Rd., Orange. In lieu of flowers, the family suggests that memorial contributions be made in his memory to Athol Senior Center, 82 Freedom St., Athol, MA 01331 For more information or to sign our online guest book please visit www.mackfamilyfh.com. Mack Family Funeral Homes - Fiske-Murphy & Mack Chapel, 110 New Athol Road, Orange is directing arrangements.
To order memorial trees or send flowers to the family in memory of Robert J. Mullarkey, please visit our flower store.