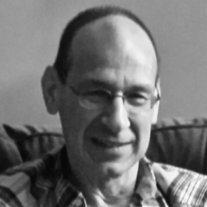 ATHOL- Robert L. Chagnon, 61, of Athol, MA died unexpectedly on Sunday, May 19. Robert was born September 13, 1957, in Montague, son of the late Adrian and Helen (Momaney) Chagnon. He was a 1975 graduate of Turners Falls High School and attended Greenfield Community College. Robert dedicated his career to the grocery business beginning at Finest Grocery in Greenfield, MA where he worked for 15 years. He then worked for Hannaford Bros. for almost 30 years, most recently as the overnight grocery crew manager in Keene, NH. In his free time he enjoyed fishing, wood working, being outdoors and spending time with his family. He especially enjoyed activities with his grandchildren including reading and playing backyard baseball. He also took great pride in his home and yard. He was selfless in his dedication to family for which they are forever grateful. He leaves his wife, Karen J. (Ward) Chagnon, with whom he would’ve celebrated their 40th wedding anniversary this June; two daughters, Kelly Ann Collins and husband, Rob of Hancock, NH, and Kari Lynn Chagnon of Chicago, IL; two grandchildren, Lucas and Lauren Collins; one brother, Richard Chagnon and wife, Gloria of Chicopee; two sisters, Mary Gaffagin and husband, Tom of Turners Falls, and Ann Wilson of VA; several nieces and nephews. The funeral will be held Saturday, May 25, at 10:30 A.M. at Fiske-Murphy & Mack Funeral Home, 110 New Athol Road, Orange. There are no calling hours. A reception will be held following the service at Miller’s River and Woods Bend, 739 Daniel Shay’s Hwy in the ClubHouse.
To order memorial trees or send flowers to the family in memory of Robert L. Chagnon, please visit our flower store.