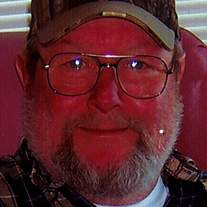 ATHOL- Richard J. Begor, Jr., 74, of Athol, died Tuesday, March 27, at Saint Vincent Medical Center, after an illness. Richard was born April 4, 1943, in Gardner, son of the late Richard J. Begor,Sr., and Lillian (Strong) Begor. He served in the U.S. Navy during the Vietnam War. He was a lifetime member of the Wheelerville Community Club, and a member of the Orange Gun Club. He worked for the LS Starrett Company for over 40years before his retirement. Richard was an amateur photographer. He enjoyed hunting and fishing. Many memories were made teaching his grandchildren to fish and participating in fishing derbies. He also enjoyed cooking. His amazing clam chowder will be missed by many. He was predeceased by his mother, Lillian, his father, Richard, and his step mother, Evelyn Begor, His son, Michael Begor, died November 14, 2017. He was also predeceased by his brother, Bruce Begor, and two sisters, Kim and Kelly Begor. He leaves his wife of 53 years, Elsa R. (Hastings) Begor; three daughters, Michelle Poor, Kristine Cherbonneau, and Kimberly Dubrule; seven grandchildren, Jacob, Matthew, Andrew, Kyle, Brett, Evan, and Emmery; one brother, Jim Begor and his husband, Larry; one sister, Lynn Munroe and her husband, Bill; one step sister, Linda LeFebre; several nieces and nephews. A graveside service will be held Friday, April 6, at 11:00 A.M. at the Massachusetts Veterans' Memorial Cemetery, 111 Glenallen St., Winchendon. A celebration of life will follow at the Wheelerville Community Club, 698 E. Main St., Orange. In lieu of flowers, memorial contributions may be made in Richard's memory to the American Legion Post 102, 325 Pequoig Ave, Athol, MA 01331, or the charity of one's choice. To send an online condolence, please visit www.mackfamilyfh.com. Fiske-Murphy & Mack Funeral Home, 110 New Athol Rd., Orange is directing arrangements.
To order memorial trees or send flowers to the family in memory of Richard J. Begor, please visit our flower store.