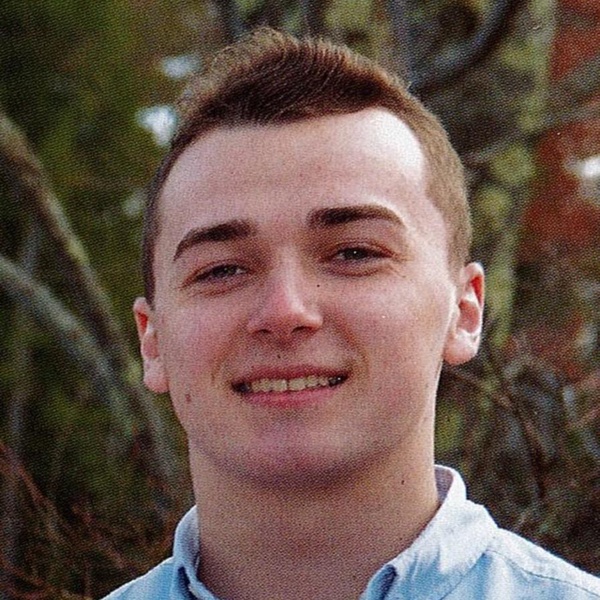 ATHOL - Nicholas J. Casella, 21 of Athol, died unexpectedly Tuesday, August 31, 2021 at home. He was born in Leominster, on May 10, 2000, the son of Scott Casella and Darlene (Robertson) Goldthwaite. Nick grew up in Athol and graduated from Athol High School with the class of 2018. He was a standout athlete playing football, volleyball and street hockey. Nick was named offensive MVP for the Thanksgiving game versus Mahar his junior year. He worked at Woods Ambulance in Gardner. He enjoyed photography, archery, hiking and time with his family and friends. He leaves his mother, Darlene Goldthwaite and her husband Scott of Athol; his father, Scott Casella and his wife Marianne Langello of Ludlow, VT; two sisters, Elizabeth Casella of Worcester, Emily Casella of Barre; one step-sister, Angela Dery of Orange; two step-brothers, Michael Goldthwaite of Athol, Shawn Goldthwaite of Devens; his maternal grandmother, Ruth "Coochie" Robertson of Athol; five aunts, Christine Goss and her husband Frank of Athol, Irene Inniss and her husband Sean of Athol, Jane Perry and her husband Ken of Grafton, Eileen Rider and her husband Chad of Rumford, RI, Roberta Casella of Athol; two uncles, John Robertson III and his wife Noemi of Athol, Christopher Casella and his wife Mary of Athol; and many other aunts, uncles, cousins and friends. He was predeceased by his maternal grandfather, John Robertson, Jr.; by his paternal grandparents John and Anne Casella and by an uncle, John Casella. A Mass of Christian Burial will be held Tuesday, September 7, 2021 at 11:00 am Our Lady Immaculate Church, 192 School St., Athol. Burial will follow in Silver Lake Cemetery. Calling hours will be held Monday, September 6, 2021 from 2 - 5 p.m. at the funeral home. To send an online condolence please visit www.mackfamilyfh.com. Fiske-Murphy & Mack Funeral Home 110 New Athol Road, Orange is directing arrangements.
To order memorial trees or send flowers to the family in memory of Nicholas J. Casella, please visit our flower store.