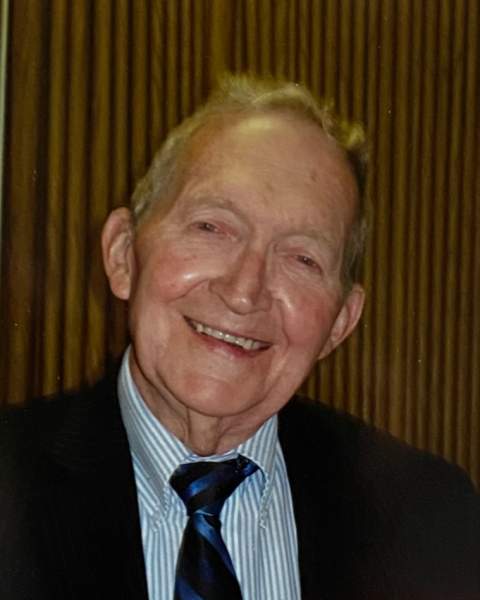 Deacon Melvin L. Dunphy (Mel) passed away unexpectedly at his residence at Watermark at Trinity, Florida, on Tuesday, September 6, 2022.  He was 91, although some may not have guessed.  He remained active in his ministry as Permanent Deacon at St. Thomas Aquinas Church in New Port Richey, where he assisted at Mass, was a gifted and entertaining homilist, conducted services at funeral homes, baptized children, served as a certified bereavement counselor,  conducted bereavement seminars, and led a prayer group.  He was at work in the Lord’s Garden until the very end.  Mel enjoyed a happy, active and meaningful life.  Mel was a devoted husband and father, and a beloved grandfather. Mel married his childhood sweetheart, the late Shirley Ann Boucher, and enjoyed more than 50 years of happy marriage with her.  Together they had 8 children, Michael, Suzanne, Karen, Patrick, Lucille, Stephen, Donna and Christopher.

Mel was born in Duxbury, Vermont, to Daniel and Madeline (Robtoy) Dunphy, who passed their Catholic devotion along to their firstborn son.  He was born and raised in Vermont.  Mel graduated from Waterbury High School in Vermont.  For some time during high school, Mel envisioned that he would one day own the grocery store he worked in part-time during school, until one day two of his teachers grabbed him in the hallway and convinced him to apply for entrance into Boston University.  As is said, the rest is history.  Mel left his studies at Boston University to join the United States Navy during the Korean War, and served for four years.  While at sea he was deployed on the light air craft carrier, USS Saipan, and on land stationed at the Naval Station Norfolk, in Virginia, where his first two children were born.  Later he served for seven years as a medical officer in the United States Army Reserves.  After his marriage and discharge from the Navy, Mel resumed his studies at the University of Vermont, and received a B.S. degree.  He was the first person in his family to graduate from college.  While teaching in the public schools in Winchendon, Massachusetts, he was awarded a National Education Foundation Grant to attend Stetson University, where he received an M.S. degree.

Mel earned his living as a mathematics teacher and administrator.  He began his career in education as an elementary school principal in Vermont, taught secondary school and college mathematics in Massachusetts, and served as a secondary school principal in Massachusetts and later in Vermont.  He served in the public schools of Chelsea, Vermont, Winchendon, Harvard and Gardner, Massachusetts, and Bradford, Vermont.  He was also a boy’s high school varsity basketball coach and class advisor.  For many years Mel was a certified driving instructor and taught, or, as he might say, attempted to teach, most of his children to drive.

Mel studied for the permanent diaconate in the Diocese of Worcester, Massachusetts, and was ordained there by Bishop Harrington in 1979.  His first assignment was at Immaculate Heart Church in Winchendon, Massachusetts, where Father Pelletier was his first pastor. He then served seven years in the Diocese of Burlington, Vermont, and began serving at St. Thomas Aquinas in 1994 up until his death.  During his time of service he was also assigned at Our Lady of Perpetual Help in Bradford, Vermont.  Deacon Mel baptized many of his grandchildren.

Mel is survived by his brother, Earle and his wife Christina, their children, Peter, Beth, Mike and Kathy; and Mel’s sister, Ann Butler and her companion Clifford, and her daughter Sara.  Mel is also survived by his son-in-law, Danny Kruger, grandchildren Mike, Tim and Jenny; his daughter, Karen Antonellis, her husband, Nunzy, and grandchildren, Annie, Wellie and Carmela; his son, Patrick, his wife, Marylee, and grandchildren, Paul, Maria and Daniel; his daughter Lucy, her companion Ralph; and grandchildren, Amy, Matt and Katie; his son, Stephen, his wife Marlen, and granddaughter, Sara; Donna’s daughters, Moriah and Michaela; and his son Christopher, daughter-in-law Marcela, and granddaughters, Shannon and Kyrie.  Mel is also survived by Shirley’s nephew, Paul Boucher, and his wife, Denise.  Mel is survived by many great-grandchildren.  He had many fond memories of loved ones in Vermont, Virginia, Massachusetts and Florida.

Mel was the author of several published works, including The Gift (1980), and Two Flesh One Spirit, 10 Kids 50 Roses (2006).  He formerly owned and operated the Toy Town Chapel Publishing LLC.  Mel was an amateur actor and performer at times throughout his life, as a student, teacher and minister, and will be forever fondly remembered by his family for his one man show, How Ladies Walk.  He also loved to dance.

In the later years of his life Deacon Mel’s heart was always with the priests, staff and parishioners at St. Thomas Aquinas.  He loved them dearly and wanted most of all to continue his ministry there if at all possible.  Mel was so grateful to Pastor, Fr. Eric Peters, for making that happen.  Mel fondly spoke so often of so many people at St. Thomas Aquinas and particularly enjoyed the company of the Manhattan Club.

Mel’s family would also like to express many thanks, on his behalf, to all of Mel’s wonderful medical care providers, including the Moffitt Cancer Center, Tampa, and in particular, Susan Woodward, APRN; and the Internal Medicine office of Navnit Patel, MD, New Port Richey.

If so inclined, it is suggested that memorial contributions may be made to the St. Thomas Aquinas Church, 8320 Old County Rd. 54, New Port Richey, FL 34653.

Graveside services will take place on Saturday, September 24, 2022 at 11:00 am at the Calvary Catholic Cemetery  Glenallen Street  Winchendon, Massachusetts 01475.

To order memorial trees or send flowers to the family in memory of Melvin L Dunphy, please visit our flower store.