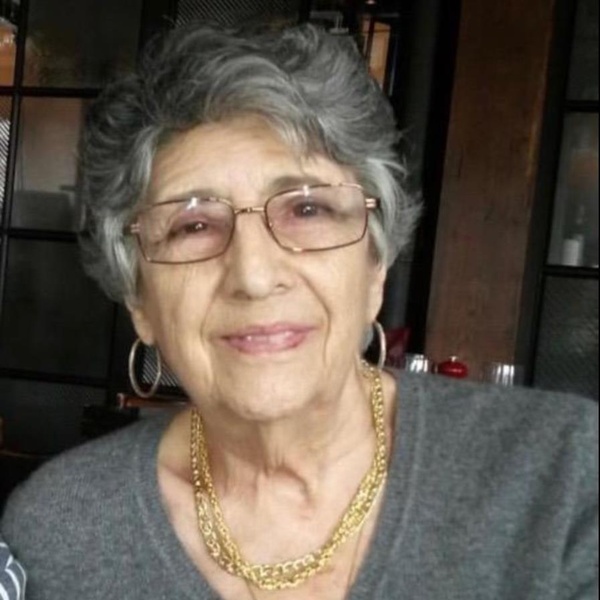 LEOMINSTER - Maria Eugenia (Martin del Campo) Regan, 90, of Leominster, passed away at UMASS Memorial Medical Center on Thursday evening, December 17, after a brief illness. Maria was born in México, D.F. on July 6, 1930, the daughter of the late Cecilia Pardo and Fernando Martín del Campo and sister to Maria Esther (Tete) and Fernando. She grew up in Mexico City and also lived in Piedras Negras, Coahuila. Maria had an early career in banking, and spent Saturdays doting on her eldest niece, Mayte, who she remained close to throughout her life. She later traveled to the United States with the Mexican Swimming and Diving delegation, timing swimmers that her aunt Rosita Pardo coached, and then traveled with a cultural exchange program representing Mexico. On the cultural exchange program, she met James Alfred Regan of Leominster at a dance in Worcester, which he had reluctantly attended, and captured his heart. After visits to meet each other’s families and homes, they married at Saint Cecilia’s Church in Leominster in May of 1964. Maria became a naturalized U.S. citizen and obtained her Bachelor’s degree from Fitchburg State University and Master’s Degree in Education from Worcester State University. She taught in the Leominster Public School system for over 30 years. For a number of years she directed the Bilingual Education program and enjoyed teaching the young children in Leominster who were learning English in their elementary years. Maria leaves behind her sister Tete, brother Fernando, daughters, Ann Maria Jones and her husband, Anthony, of Phillipston, Margaret (Maggie) Eugenia Regan Thomas, of Wakefield, RI, and her fiancé Richard Schauder of Warren, RI; granddaughters, Cecilia Hallquist and her husband Evan, Jacqueline Fohy, Elizabeth Thomas, Ellen Thomas, and Jamie Regan Thomas; great granddaughters Madison, Elise, and Isla; and beloved nieces and nephews living in the United States, Mexico City, Guatemala, Honduras, and Portugal. She was predeceased by her husband James A. Regan, who died in 2001; sisters-in-law, Eileen (Regan) Gariepy and her husband, Leo, Geraldine (Regan) Speich and her husband, Gilbert, Jane (Regan) Jenney and her husband, Frank; and brother-in-law Kenneth and his wife Beatrice. Throughout her life, Maria continued her love of travel, bringing her daughters periodically to Mexico to visit family and later her granddaughters, as soon as they could pull their own suitcase. She took many cruises with Jimmy and later traveled with a group from Holy Family parish. She took trips to Spain, Bermuda, Guatemala and Mexico with her daughters in recent years and in the last year enjoyed attending family weddings of great nieces and nephews in Chicago and Cleveland. Maria loved the home that she and her husband had built when they were first married and lived there until her death. She was a member of Holy Family of Nazareth Parish in Leominster and found great comfort in her Catholic faith with special devotion to the Virgin of Guadalupe. A Funeral Mass will be held on Tuesday, December 22, 2020 at 11 am in Holy Family of Nazareth Parish, 750 Union St., Leominster. Burial will follow in St. Cecilia's Cemetery, Leominster. A calling hour will be held on Tuesday, December 22, 2020 from 9:45-10:45 am at the church. To send an online condolence please visit www.mackfamilyfh.com. Simard Funeral Home 14 Walker St., Leominster is directing arrangements.
To order memorial trees or send flowers to the family in memory of Maria Eugenia Regan, please visit our flower store.