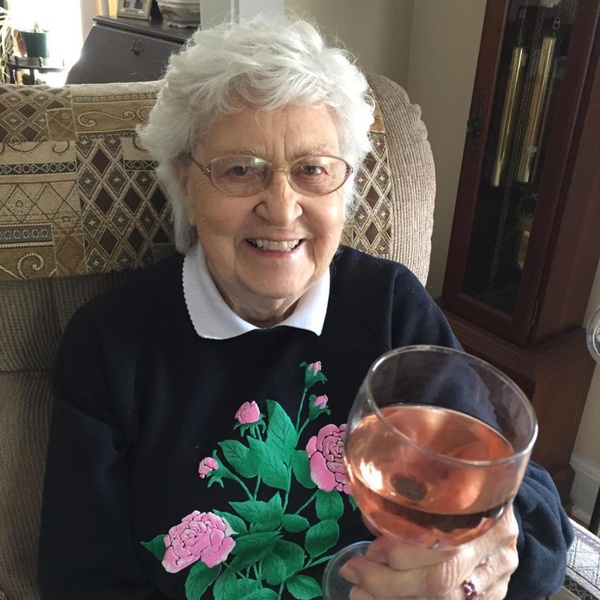 Athol — Margaret A. "Peg" (Robertson) Robinson 94, of Athol died peacefully on May 30, 2022 after a period of declining health at Quabbin Valley Healthcare. Peg was born in Athol on March 22, 1928, the daughter of Alexander M. and Jessie (Lyall) Robertson. She attended school in Athol and graduated with the class of 1946. On September 6, 1947, she married William A. Robinson. Peg and Bill enjoyed 56 years of marriage until his death in 2003. She was a lifelong member of the First Church Unitarian of Athol and devoted years of service until its closing. In her younger years, she was a stay at home mom to five busy children. Once her youngest child was in school, she worked for Courtland B. Fitch Insurance Agency until she retired. At age 75, she took up golfing. Peg was also a voracious reader, often reading three books at a time. In her early 90s, she could still be found at her computer staying connected with family and friends through email. Peg loved her family and friends dearly. Up until her final day, Peg also loved her daily glass of wine. She leaves her daughter, Mary Coflesky and her husband John of Royalston, her sons, Scott Robinson and his wife Jill of Athol, Bruce Robinson and his wife Denise of Royalston, and David Robinson of Elma, New York. She also leaves 9 grandchildren and 4 great-grandchildren. She leaves her sister-in-law Ann Robertson of Manchester, Connecticut, her daughter-in-law Linda Robinson of Orange, as well as several cousins, nieces and nephews. Besides her parents and husband, she was predeceased by her son Kevin B. Robinson and her brothers, Alexander M. Robertson, Bruce A. Robertson, and William Lyall Robertson. She was also predeceased by her sister-in-law Joan Robertson Brighenti, who died two days prior to Peg. Peg thoroughly enjoyed knitting power socks at The Gathering Place in Orange, where she formed many meaningful friendships. Power socks are hand knitted socks that are sent upon request to anyone who is dealing with a cancer diagnosis. Anyone wishing to make a monetary donation in Peg's memory may do so to The Gathering Place (checks payable to Katherine Erwin), 26 South Main Street, Orange, MA 01364. A Celebration of Life will be held on Saturday, July 16, 2022 at 11 a.m. in Fiske-Murphy & Mack Funeral Home, 110 New Athol Road, Orange. Burial will follow in Silver Lake Cemetery, Athol. A calling period will be held from 9:30 – 11 a.m. prior to the service in the funeral home. To send an online condolence please visit www.mackfamilyfh.com. Fiske-Murphy & Mack Funeral Home, 110 New Athol Road, Orange is directing arrangements.
To order memorial trees or send flowers to the family in memory of Margaret A. "Peg" Robinson, please visit our flower store.