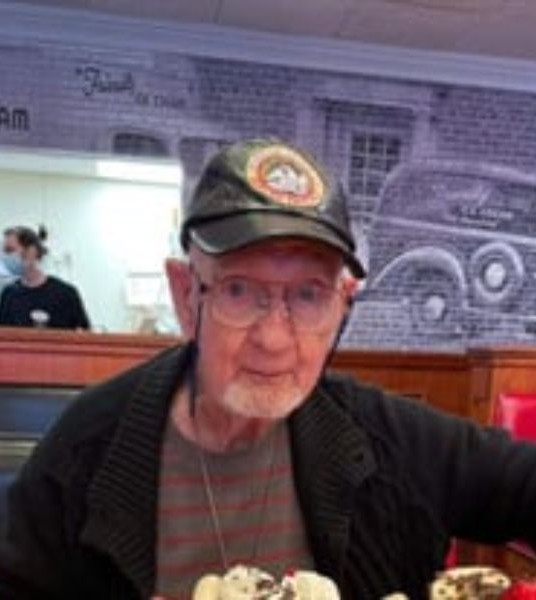 Gardner-Joseph Cote “Papa” 86, born June 7, 1935, passed away on April 19, 2022 at Wachusett Manor Nursing Home.
He is predeceased by his wife, Shirley “Tootsie” (Hendrickson) Cote; his parents, Sam and Hermini
e Kackpricki; two brothers, Les and Ray.
Joseph leaves a sister, Corenna and a brother, Ritchie both of Florida, one daughter, Deborah Croteau and her partner Mike; three sons Joseph Cote Jr. and his partner Joanne, Bill Cote and his wife, Wendy and James Cote; seven grandchildren, Amy, Derek, Jamie, Patrick, Meghan, Shakira and Billy; seven great-grandchildren, Kylie, Jacob, Grace, Kaelyn, Owen, Jacob and Colin.
Joseph proudly served in the U.S. Airforce, during the Korean War. He retired from Harrington and Richardson (H&R) and was an active member of AA, where he was nicknamed, “Friggin Joe”
Joseph enjoyed driving around on his Can-am, going to the movies and the Senior Center with his great friend Doug Duncklee. He could be seen “looming’ hats and mittens for anyone that wanted them, as well as string art pictures, which he proudly gave to his children and grandchildren.
At Joseph’s request there will be no calling hours and his funeral services will be private for his family at the Massachusetts Veterans Memorial Cemetery.
To leave an online condolence please visit www.mackfamilyfh.com
The Mack Family Funeral Home, 105 Central Street, Gardner, MA 01440 has been entrusted with Joseph’s funeral arrangements.
Kevin J. Mack, Walter C. Taylor and Douglas M. Stone, funeral director

To order memorial trees or send flowers to the family in memory of Joseph "Papa" Cote, please visit our flower store.