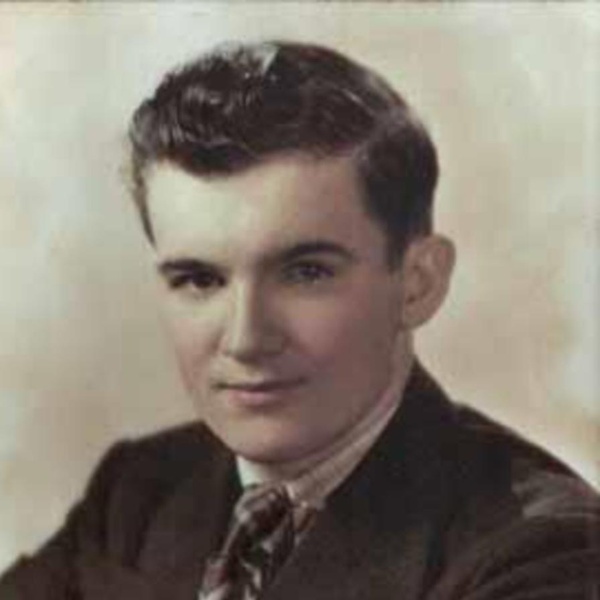 Joseph H. Dora, age 97, passed away on January 25, 2022, in Marietta, GA where he has been living since the death of his beloved wife Dorothy in 2017. Joseph (Joe) was born on October 1, 1924, in Gardner, MA, to William H. And Flora (Robichaud) Dora. He graduated from Gardner High School in 1941 during the height of World War II. He joined the Army Air Force and served for three years. He completed his tour of duty as a radio operator gunner on a B24 in the 10th Air Force 7th Bomb group in the China-Burma-India offensive. When he returned from the war, Joe and Dorothy were married on August 14, 1948, at the Sacred Heart Church in Gardner. They were happily married for 68 years and blessed with two children and a grandson. Joe was first and foremost a family man. He was a loving husband, father, and grandfather. He was a devoted life-long Catholic and member of the Sacred Heart Church of Gardner until it closed, then transitioned to the Annunciation Parish. Since 2017 he has been a member of St. Joseph Catholic Church in Marietta, GA. Joe worked hard to provide the best for his family. His experience as a radio operator in the Air Force helped him obtain a job with the New England Telephone company in 1946 as phone installer. He was soon promoted to a supervisor and maintained many of the offices surrounding Gardner, Fitchburg, and Leominster. During the final years of his career, he served as manager throughout Central Massachusetts, Worcester, and Boston. He liked to joke that he started his career climbing telephone poles and climbed his way up to working in the Prudential building in Boston when he retired after 38 years, on October 1, 1984. Following his retirement, Joe used his newfound free time to pursue his growing passion for personal computers. He began taking web design classes at Mount Wachusett Community College, where he obtained an Associate Degree in Web Design in 2002. He was employed by Mount Wachusett Community College for 20 years as a technician in the Computer Graphics Department. He also created and maintained web sites throughout New England. Joe was an avid runner and biker. He was well known in the “Central Mass Striders” community and participated in local road races. He also competed throughout New England in Marathons, Biathlons, and Triathlons. He was New England Triathlon age group champion for six consecutive years and placed third in the Senior Olympic Nationals in the triathlon in 1999. He belonged to many running clubs, the Gardner Post 905 VFW, and is Past-President of the Fitchburg Area Retired Telephone Pioneers of America. Joe leaves a son, Daniel A. Dora and his wife Angela, and their son Garrett of Templeton; and a daughter Joanne Dora Marcone and her husband Richard of Marietta, Georgia. He was predeceased by his wife Dorothy, his brother William H. Dora and his sister Fay (Dora) Hills. Joe will be missed by all for his quick sense of humor, intelligence, and inventiveness. Visitation will be on Monday, February 7, 2022, from 5 to 7 p.m. at the Mack Family Funeral Home, 105 Central St., in Gardner. The funeral Mass will be held Tuesday, February 8, 2022, at 10 a.m. at Holy Rosary Catholic Church, 135 Nichols St., Gardner. The burial service will be at a later date. In lieu of flowers, contributions may be made to the American Macular Degeneration Foundation. To leave an online condolence please visit www.mackfamilyfh.com Mack Family Funeral Homes, 105 Central Street, Gardner is assisting with arrangements. Kevin J. Mack and Walter C. Taylor, funeral directors.
To order memorial trees or send flowers to the family in memory of Joseph H Dora, please visit our flower store.