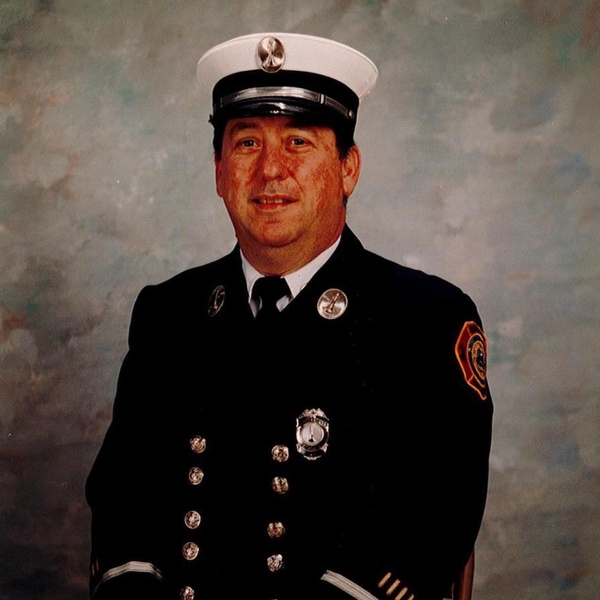 GARDNER – John J. Wall Jr. of Gardner, passed away peacefully on September 11, 2021 in Florida. He was born on August 17, 1941 in Gardner and remained here for most of his life. He was the son of the late John J. Sr. and Irene (Robinson) Wall. After leaving Gardner High School he spent 2 years serving in the Navy during the Cuban Missile Crisis. Upon his return he spent 6 years playing guitar with “The Moonlighters”. He then furthered his education in Fire Science at Mount Wachusett Community College. John proudly served his home town with the Gardner Fire Department for 30 years, retiring in 2000 as acting Captain. Over the years, he obtained multiple certificates from the Massachusetts Association of Fire Prevention and Arson Investigation and also passed the Chiefs examination. In addition, he served as President of the local Fire Department Union for 20 years. Following retirement, he served on the Gardner Retirement Board. He was a communicant of the Holy Rosary Congregation, a life member of the VFW and American Legion, and Honor Guard at the Polish American Club. John participated in active fundraising for many years with the MDA. He leaves a son: Dean Wall and his spouse Kristin of Gardner; a daughter: Lorri Cook and her spouse Trevor of Florida; extended family: Mary Plummer and daughter Jennifer of Gardner; two grandchildren: Andrew Deveau of Gardner and Brianna Graff of Hudson, and many nieces and nephews. Calling hours will be held on Wednesday, September 22, 2021 from 6:00 p.m.- 8:00 p.m. at the Mack Funeral Home, 105 Central St., Gardner, MA. Funeral services will be held on Thursday September 23, 2021 at 11:30 a.m. at the Funeral home. Burial with full Military Honors will follow in the Massachusetts Veteran’s Memorial Cemetery, 111 Glenallen St., Winchendon, MA. To leave an online condolence, please visit www.mackfamilyfh.com Mack Funeral Homes, Lamoureux-Smith & Poliks Chapel, 105 Central St., Gardner is assisting with arrangements. Kevin J. Mack, Walter C. Taylor, Funeral Directors.
To order memorial trees or send flowers to the family in memory of John J. Wall, please visit our flower store.