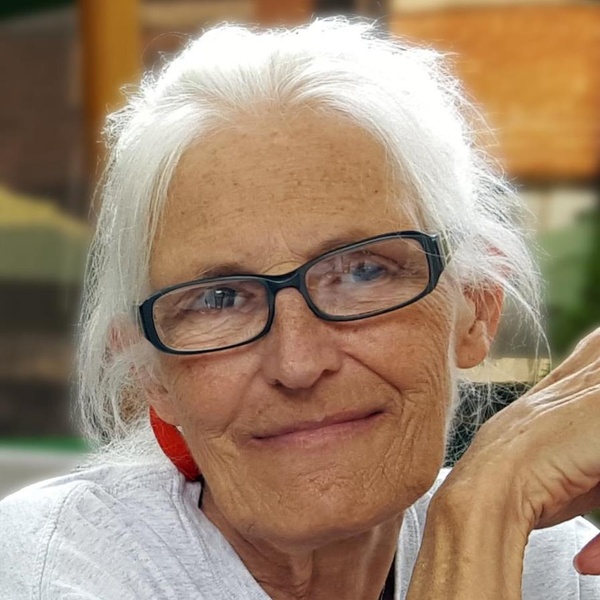 Hubbardston- Jaye P. Thurlow, 71, died at home on February 28, 2022. Jaye was predeceased by her husband of 47 years Chris Thurlow. She leaves behind her son William Thurlow and his wife Holly Clark, her two sisters Grace Nutting and Ann Foster, Her nephew Jon, niece Della, and their children. Jaye was born April 12, 1950 and grew up in Amherst, Ma. Jaye graduated from Amherst Regional High School in 1968. She then went on to work at the Mass Audubon camp where she met Chris and they were married a few years later. It was around this time that Jaye started accompanying Chris on “adventures''. Canoe camping throughout Canada. Every vacation they would pack up and head to what Jaye often called a “mosquito infested swamp” to start their journey through the rivers and lakes of Canada. Later in life she would look back and wonder “What the heck was I thinking.” In the late 80’s, Jaye and Chris moved to Hubbardston, a town they would call home until their deaths. In the early 90’s Jaye began working for the Hubbardston Fire Department as the Administrative Assistant to the Chief. She remained there for many years before taking a job with the Westminster Fire Department. Jaye was known around the fire house as a no nonsense lady, until nonsense was called for. Some firefighters recall dreading announcing their birthdays because they knew Jaye would chase them down with a slightly melted stick of butter to perform the traditional buttering of the nose. Jaye loved working at the Fire Department, she would spend her breaks in the small gardens, weeding and planting Iris bulbs, some of which still grow there today. At home, Jaye’s gardens flourished with every color of the rainbow. A flower or plant for each season, except winter which she hated because she couldn’t be in her gardens. When weather didn’t allow gardening Jaye could be found weaving baskets, painting pictures, collecting Santas, quilting, knitting and just about every craft you can imagine. Two times a year Jaye’s house would be bustling with activity. You knew when Thanksgiving and Christmas had arrived. She would spend weeks preparing homemade Christmas ornaments, cooking her famous apple pies and her amazing stuffing. Dozens upon dozens of people would show up, she always spoke of the time she had 34 people attend a holiday dinner. On Christmas morning the entire house would be woken up by Jaye playing, We wish you a Merry Christmas on the piano, and then take her place buried under the tree her presents piled around her. For many years Chris and Jaye sailed up and down the coast of Maine. The basin, goslings, and Jaquish gut. She complained about sailing to anyone who would listen, but we all knew how much she loved it. Jaye was a very talented person. Her attitude, passion for all things crafts, and amazing ability to recall things that happened 30 years ago will be missed by all. All are welcome to attend the Celebration of Jaye’s life that will be held on March 12, 2022,11:30am at Hartman's Herb Farm, 1026 Old Dana Rd, Barre, Ma 01005. A Burial at The Massachusetts Veterans’ Cemetery will be held on Wednesday March 16, 2022 at 2:00pm. Flowers can be sent to 50 Elm Street North, Barre, Ma 01005. To send an online condolence please visit www.mackfamilyfh.com. Mack Family Funeral Home 105 Central St., Gardner is assisting with arrangements. Funeral Directors Kevin J. Mack & Walter C. Taylor
To order memorial trees or send flowers to the family in memory of Jaye P. Thurlow, please visit our flower store.