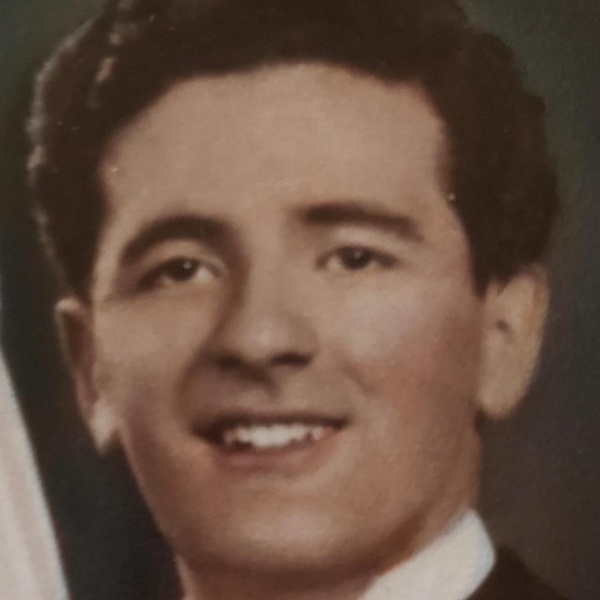 LEOMINSTER - Henry P. Caponi, 97, of Leominster, died Thursday, April 16 at The Highlands in Fitchburg, after a brief illness. Henry was born on the first of September, 1922 in the Lincoln Terrace neighborhood of Leominster, son of the late Arthur and the late Rose (née Mosca, transliterated 'Mosa') Caponi. He served as a medic in the United States Army during World War II, defending his country in both Belgium and Germany, earning the rank of corporal. After the war, he worked for first the Endicott-Johnson Shoe Company, and the next 30 years for Foster Grant, both of Leominster, before retiring from Foster Grant in 1986. He was a parishioner of Leominster's Saint Anna Parish, as well as a member of the Sons of Italy, the 25-Year Club of Foster Grant, and the former Francesco Saladini Social Club. His wife of 52 years, Grace (Ciccolini) Caponi, died January 30, 2000. He was also predeceased by two brothers, Bernard and Ernest Caponi, and four sisters, Phyllis D'Elia, Eva Marrone, Gloria Bodanza and Olga Cipolla. He leaves his son, Anthony Caponi and his wife, Emily of Gloucester; two brothers, Arthur Caponi and his wife, Theresa of Leominster and Thomas Caponi and his wife Grace, of Westminster and FL, as well as many nieces and nephews. Funeral services will be private with the assistance of Simard Funeral Home, 14 Walker St., Leominster. In lieu of donations, please do something thoughtful for a friend, neighbor or a member of the medical, nursing or care-giving professions. Henry was grateful for the extraordinary care he received across many years in residence at Leominster Crossings and The Highlands in Fitchburg. These men and women are the heroes of our times.
To order memorial trees or send flowers to the family in memory of Henry P. Caponi, please visit our flower store.