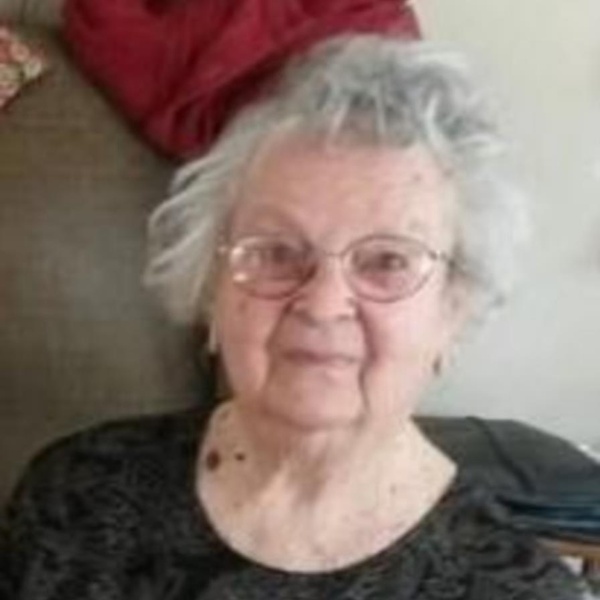 ATHOL- Glenna (Bullard) Gray, 98, passed away on Friday, December 11, 2020 at Quabbin Valley Healthcare. She was born in New Salem on April 7, 1922, daughter of the late William and Harriet Bullard. Glenna grew up in New Salem. She graduated high school from New Salem Academy. She was an avid quilter and crafter. She created many beautiful quilts, bags, and placemats. As her eyesight diminished, she worked on crafts and making lovely cards. In her later years, she colored pictures for her great-grandkids. She is survived by; her children, John Gray and his wife Pam, Jacquelyn Stetser and her husband John, David Gray and his wife Jeanette, Donna Savage and her husband Bruce, Randall Gray, and Amanda Chastney; her grandchildren, Jennifer Gray, Timothy Gray, Samuel Quattrocelli, Mathew Quattrocelli, Joshua Gray, Annie Hendri, Christopher Savage, Lillian Savage, Andrew Chastney, Connor Chastney, Laura Gerry, Jacob Stetser, Joshua McCorquodale, Shawn McCorquodale, Sarah Bauch, and Kyle McCorquodale; her great grandchildren, Lina Quatrocelli, Gabriella Quattrocelli, Nicholas Quattrocelli, Lizzie Gray, Lucy Gray, Martha Hendry, Beauregard Hendry, Jacob Hendry, Shea Hendry, Jayden Savage, Kylee Savage, Carter Savage, Danielle Chastney, Brandon Capano, Lailey Capano, Dylan Capano, Hayleigh Bauch, Mikaela Bauch, Julia Bauch, Carter Bauch, Ezekiel Bauch, Keira McCorquodale, Jay McCorquodale, Cody McCorquodale, and Layla McCorquodale. She was predeceased by her husband Arthur W. Gray Jr; and her siblings, Marion Adams, Althea Daniels, and Dorothy Fitz. We would like to thank John Gray for taking the first two years of his retirement and spending them caring for our Mom. Her days were full of friends and helpers. They are like angels and were instrumental in keeping her in her home. After a fall in 2018, she needed 24/7 care at home or placement in a nursing home. John retired in early January 2018 and started providing Mom with care during the day a week later. He has been there for her through thick and thin. Thank you to the “Team” who gave so much more than we ever could have paid them. Florence White started in 2004 doing crafts twice a week. Flo became her confident and best friend. They sewed, made beads, cards, and bags. Flo and Didi Hood understood her in ways that only senior women can. They knew the difference between her having a bad day and needing medical care. Didi had been an important part of her team since August 2018. She would bring her little Pekinese who would snuggle with Glenna while she napped. Who can ask for anything more than that? Thank you to all of Glenna’s children. Randall lived with his mother and provided care for 19 years.. Amanda visited on Tuesdays and Thursdays. They would often go out to dinner on Thursdays. Donna came to visit or called about once a month. David lives in Memphis and called weekly. For many years, Jackie visited every day. Once she married John Stetser she became her Saturday girl. She would look ahead to each holiday and decide best how to celebrate it. Thank you to Dolly, Mom’s best friend. She and Dolly have been friends for over 50 years. They would sit together at church on Sunday mornings. During the 80s, 90s, and early 2000s, Glenna, Arthur, Dolly, and Bert would meet for coffee each morning at Cinnamon's Restaurant. That changed when Bert had to live in a nursing home and Dad passed away. She and Dolly have supported each other during their tough times. A celebration of life will be held Saturday, July 3, 2021 at 10:00 a.m. in the North New Salem Congregational Church, 60 Elm St., New Salem, MA Burial will follow in North New Salem Cemetery. To leave an online condolence please visit www.mackfamilyfh.com Fiske-Murphy & Mack Funeral Home, 110 New Athol Road, Orange is assisting the family with arrangements.
To order memorial trees or send flowers to the family in memory of Glenna (Bullard) Gray, please visit our flower store.