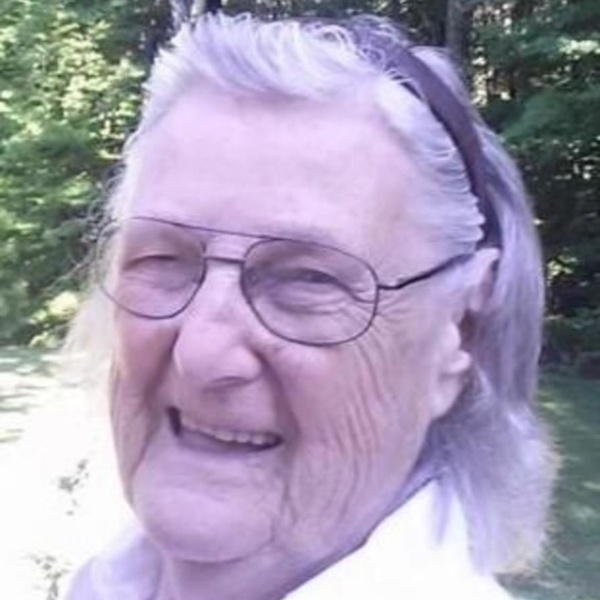 Evelyn (Meldrum) Giammalvo, 98 Loving Mother and, Grandmother Westminster-Evelyn M. Giammalvo, 98 died Thursday, May 27, 2021 at Life Care Center of Leominster. She was the wife of the late Peter Giammalvo and mother of the late Peter D. Giammalvo. Evelyn leaves her son, Paul D. Giammalvo of Indonesia; two daughters, Ruth "Penny" Perini of South Korea and Shirley Starzynski of Gardner: one daughter-in-law, Connie Giammalvo of Cape Cod; eight grandchildren, Sanford Jones of South Korea and Mo Jones of Syria, Danny Giammalvo of Fitchburg, Julie Starzynski of Atlanta, Dawn Deluca and her husband Michael of Leominster, Craig Starzynski of Gardner, Katie Dunnell and her husband Justin of Stafford Springs, Ct, Colin Giammalvo and his wife Lacey of VA, and Joedee Foster and her husband Matt of Sharon: as well as Xuyen Nguyen, Binh Duong and their families and many grandchildren, great grandchildren, nieces and nephews. Evelyn was born on June 1, 1922 in Fitchburg, a daughter of the late Charles and Mary (Haldon) Meldrum. She graduated from Fitchburg High School. She worked as a bookkeeper for Attorney John Bohman and then Templeton Craftsman. Later in life, she worked as a Home Health Aide. She got great joy for her volunteering efforts and received two yearly awards in Westminster, but she got her greatest joy from being the hostess for two summers at the Cathedral of the Pines. She was a cub scout and brownie troop leader in Fitchburg, along with helping with school activities for her children and grandchildren. For the city of Westminster, she helped with the first recycling program and food pantry. For St. Edwards Church, she was an active member and worked on multiple church activities. She was a member of the Council on the Aging in Westminster for many years and took part in the original outreach program with the Senior Center and helped the clothing supply at the First Congregational Church in Westminster. Since the beginning, she was an active member of the Westminster Benefit Neighbors Helping Neighbors. She volunteered at Heywood Hospital feeding patients. She had also crocheted many afghans for the Oakmont concert and marching bands as well as the Westminster Benefit. With her crocheting skills she also supported breast cancer survivors and made preemie caps for premature babies for the local hospitals. Her funeral will be held on Tuesday, June 1, 2021 at 11:00 a.m. in St. Edwards the Confessor Church, 10 Church Street, Westminster, MA 01473 Burial will follow in the Woodside Cemetery, 9 Narrows Road, Westminster, MA Calling hours will be held in the Mack Funeral Home, 105 Central Street, Gardner, MA from 9:00 - 10:15 am. In lieu of flowers memorial contributions can be made to the Westminster, Benefit Fund, P.O. Box 63 , Westminster, MA 0143 To leave an online condolence please visit www.mackfamilyfh.com Mack Funeral Home, 105 Central Street, Gardner, MA has been entrusted with Evelyn's funeral arrangements.
To order memorial trees or send flowers to the family in memory of Evelyn M. Giammalvo, please visit our flower store.