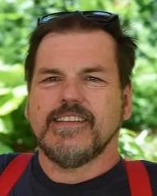 Dean was born in Fitchburg on January 3, 1955, a son of the late Walter and June (Bartlett) Johnson. He was a 1973 graduate of Oakmont Regional High School. He played football and made lifelong friends on the team including his best friend, John Tremblay. After high school he attended UMass Amherst, majoring in engineering.

In 1979 Dean and Debbie took over the family business Johnson and Sons Poultry Farm in Westminster from his parents Walter and June. The business was incorporated in 1923 by his grandparents Hjalmer and Lizzy Johnson. In 1983 Dean received the Agricultural entrepreneur award from the Fitchburg Chamber of Commerce. For many years the farm had over 70,000 chickens and three delivery trucks providing farm fresh eggs to many area businesses including the former Victory Supermarkets, Honey farms and Cumberland Farm convenient stores. Dean had converted his chicken houses over to German equipment where egg collecting was automated. In recent years the business had added other products requested by customers in the restaurant business. Dean strove to give his customers the best service he could provide. Many of his customers were other small family business where he developed personal relationships that span many years.

Dean was a founding member and first president of the Westminster Agricultural Commission and was the current treasurer. He was a founding member of Westminster’s Farmer’s Market. He belonged to Mass Farm Bureau and served on the Board of the former United Co-Op farmers in Fitchburg. Dean was politically active taking great interest in local and national issues. Dean never hesitated to voice his opinion if he felt strongly about a topic. He was a patriot and took great pride in this country. He was a history buff and had great knowledge of past events. Dean had been working on family genealogy in recent years. Dean enjoyed gardening, tending his chickens, turkey, ducks and geese. He loved making special meals on the weekend using as many local products as possible. He was a great proponent of preserving open space. Dean was a hard worker and always stayed until the job was done. He always felt that he was born in the wrong century sharing many of the previous generation’s values rather than the present ones.

Dean was a longtime member of Our Savior Lutheran Church in Westminster. He had a strong faith in the Lord and enjoyed greeting people at the Living Nativity the church puts on every year the first weekend of December. He also helped the Lutheran Women’s Mission Group his wife belonged to whenever he was needed.

To order memorial trees or send flowers to the family in memory of Dean W Johnson, please visit our flower store.