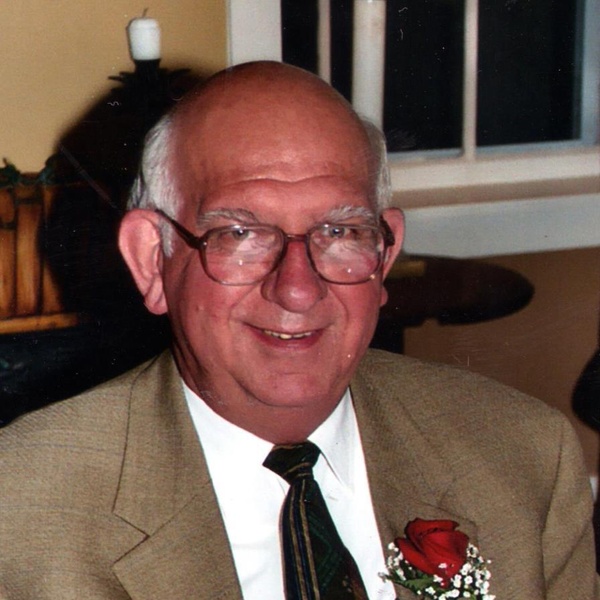 GARDNER – David M. Poliks of Gardner died peacefully on September 16, 2021, at his home with his family by his side. He was born in Fitchburg, on August 26, 1933, the son of the late Frank J. Poliks and the late Marion (Domkowski) Poliks. David graduated from Gardner High School in 1951, the University of Massachusetts, Amherst in 1955 and from the Boston School of Anatomy and Embalming in 1956. He served in the U.S. Army in Korea from 1956-58 and was honorably discharged. He was a long-time member of the US Air Force Reserve, attaining the rank of Major. David was a lifelong resident of Gardner. He established Poliks Insurance Agency in 1958 which he ran with his wife, Felicia. He also operated the Poliks Funeral Home, established in 1941 by his father, Frank J. Poliks. He operated both businesses until his retirement. He was a longtime active member of the former St. Joseph’s Church where he served as a lector for many years and served on many Polish festival committees. He was a member of the Polish American Veterans of Gardner, the PACC, the Gardner Rotary Club, serving as President in 1976, and where he was a Paul Harris Fellow. He served as past President of the former Gardner Polish American Credit Union and served on the Board of Directors. He was a member of the Massachusetts Independent Insurance Agents Association and the Massachusetts Funeral Directors Association. He enjoyed spending time with his family in Rye, NH. He is survived by his wife of 61 years, Felicia (Kulczyk) Poliks, his three children, Dr. Mark D. Poliks and his wife Dr. Barbara Poliks of Vestal, NY, Christine Poliks of Melrose, MA, Carolyn Poliks and her husband, Joseph MacIndewar of Melrose, MA. Four grandchildren, Dr. Marek Poliks and his wife Katherine Lamp, Elizabeth Poliks, Ania MacIndewar and Lea MacIndewar. A funeral mass will be held on Wednesday, September 22, 2021 at 10:30 am in Holy Spirit Church, 50 Lovewell St, Gardner. Burial will follow in St. Joseph Cemetery, Gardner. Calling hours will be held on Tuesday, September 21, 2021 from 4 to 6 p.m. in the Mack Family Funeral Home, 105 Central St., Gardner. In lieu of flowers memorial donations may be made to Care Central VNA & Hospice, Inc. (Gardner branch), carecentralvnahospice.org and Gardner Community Action Committee (CAC). To send an online condolence please visit www.mackfamilyfh.com. Mack Family Funeral Home 105 Central St., Gardner is directing arrangements. Kevin J. Mack and Walter C. Taylor Directors.
To order memorial trees or send flowers to the family in memory of David M. Poliks, please visit our flower store.