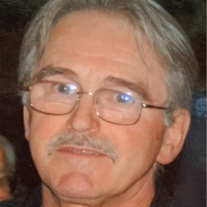 ATHOL- David R. Phillips, Sr., 77, of Athol, died Saturday, June 22, at Bay State Medical Center. David was born February 10, 1942, son of the late Frank and Gertrude (Brooks) Phillips. He worked at Erving Paper, L.S. Starret, Union Twist Drill, and the Athol Daily News where he retired after working there for over 20 years. He was a member of the Kingdom Hall of Jehovah’s Witnesses in Orange. David enjoyed fishing, tinkering, and wood carving. He was truly a jack of all trades. He also had a great love of music and animals and will be missed by his dog. He leaves his three children who loved him dearly, daughter, Dianne Lincoln of North Brookfield, sons, David Phillips, Jr., and his wife, Kayla of New Braintree and Derek Phillips of Clinton; six grandchildren, Christopher Trainor and his wife, Erin of Charlton, Madison Trainor and Tyler Trainor, both of Southbridge, Lillian Lincoln of North Brookfield, Chloe Phillips and Evie Phillips, both of New Braintree; many nieces and nephews. A graveside service with Military honors will be held Monday, July 8, at 1:30 P.M.at Silver Lake Cemetery in Athol. Please join the family to celebrate David’s life anytime from 3-8pm at the Athol America Legion, 325 Pequoig Ave, Athol. Fiske-Murphy & Mack Funeral Home is assisting the family with arrangements.
To order memorial trees or send flowers to the family in memory of David R. Phillips, please visit our flower store.