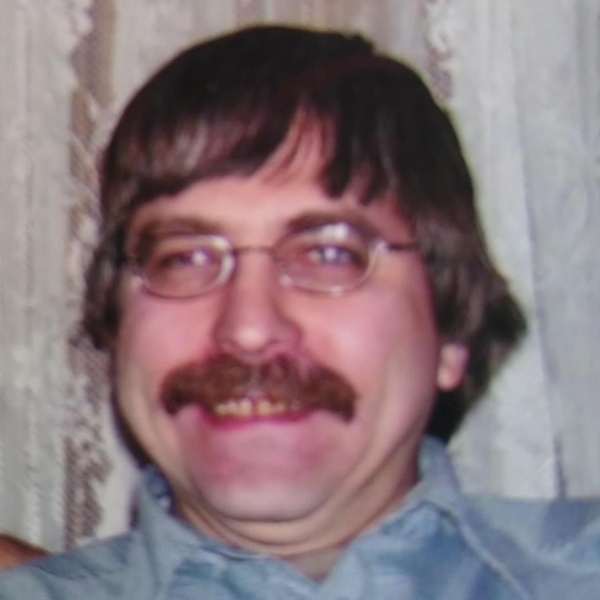 GARDNER - Charles Joseph Duda, 63 of Gardner, died Sunday, May 1, 2022. He was born in Gardner, on February 8, 1959, the son of the late Ferdinand J. Duda and the late Philena A. (Denis) Duda. Charles graduated from Gardner High School and attended WPI in Worcester. He was employed as an Electronics Assembler for many years. He enjoyed playing cards at the Senior Center and in his earlier years played on the Gardner Busch League team The Beauregard Boozers. He leaves a sister, Kathleen Bennett and her husband Gary of Taunton; two brothers, Thomas Duda and his partner Sandy Seaborne, Dennis Duda both of Gardner; nieces and nephews, Jason Duda of Orange, Kevin Bennett of Rochester, MA, Brian Duda of Alabama, Diana Kalivas of Whitman, MA, Stephanie DePalma of Phillipston. He was predeceased by a brother, Stephen Duda. Funeral services will be held Monday, May 16, 2022 at 11:00 am in the Mack Family Funeral Home, 105 Central St., Gardner. Burial will be private. A calling hour will be held Monday, May 16, 2022 from 10-11 am at the funeral home. In lieu of flowers, the family suggests that memorial contributions be made in his memory to the Crystal House 55 Lake St., #100, Gardner, MA 01440. To send an online condolence please visit www.mackfamilyfh.com. Mack Family Funeral Home 105 Central St., Gardner is directing arrangements. Kevin J. Mack, Douglas M. Stone & Walter C. Taylor Directors.
To order memorial trees or send flowers to the family in memory of Charles J. Duda, please visit our flower store.