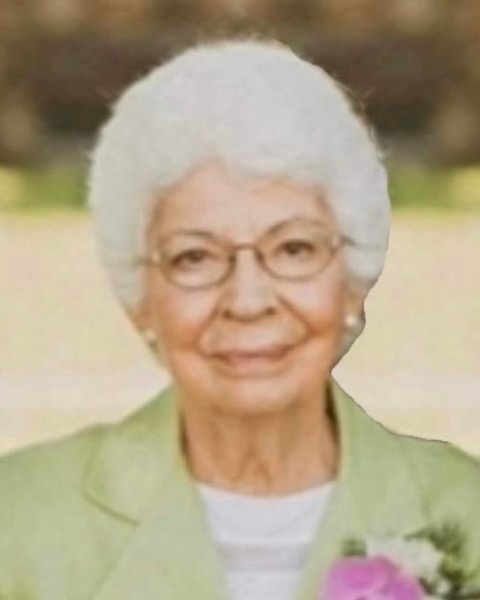 Brenda Joyce (Banks) Buck of Athol unexpectedly departed this world into the loving presence of her Lord and Savior on Thursday, September 15, 2022.  Brenda was born in Worcester, Massachusetts on September 30, 1942, and lived in Petersham until she graduated from Ralph Mahar Regional High School in 1960.

Brenda married John P. Buck on April 29, 1961. They victoriously celebrated their 60th wedding anniversary surrounded by their children and grandchildren just prior to John's death in May of 2021.

Brenda's passions were her faith and her family, and she would cheerfully share her thoughts and feelings on either subject given the opportunity. Brenda was a long-time member of the North New Salem Congregational Church and served as a Deaconess and High School Sunday School teacher for many years. It was Brenda's dream to go on a mission trip to another country, but her health would not allow it. She became intensely involved with the missionaries supported by her church and was the head of the Missions Committee for years. Her children remember Brenda hosting missionaries for dinner in their home on several occasions. Brenda became good friends with many of these missionaries and their families and remained in close touch until her death.

Brenda was the true center of her family. Known as Mum, Nana and Nana-Doo to those who loved her, she was the living definition of unconditional love. She wanted to be a mother more than anything else in this world, and her children knew the depth of her devotion until the moment she left this life. She loved being together with her family and was always an enthusiastic participant at every gathering. Nobody cheered louder, listened closer or hugged better. She loved a good home-improvement project, and everyone knew that if she was coming to help, you better be ready to work all day. She also enjoyed some time off and could be found frequenting the Petersham Band Concerts and Farmer's Markets with her family. They were never hard to spot. They were the crowd sitting in a circle laughing together. Brenda also enjoyed family vacations in Ogunquit, Maine and the family's beloved vacation spot in Matunuck, Rhode Island. Brenda and John also enjoyed several winters in Punta Gorda, Florida.

Brenda was a gifted gardener and could grow anything in any kind of soil. She enjoyed being a member of the local gardening club, and her gardens were fan favorites during the summer tours. When she ran out of space to plant at home, she simply moved on to the yards of friends and families. She made the world a more beautiful place wherever she could.

Brenda worked many places over the course of her lifetime. As a teen, she was the Governess for the Jones family in town and remained in touch with the family her entire life. She was a nurse's aide, a store clerk, a receptionist for Community Health, an office worker in a local factory, and a volunteer at the Athol Public Library. Her favorite job was being a Pharmacy Tech at the Athol Memorial Hospital. The pace of the pharmacy and the scope of the things she could learn were a perfect match for her unending work ethic and desire to learn. She was also well known for her coordination of a local nut and chocolate fundraiser that raised money for orphans in Haiti. Helping the poor was very important to both Brenda and John, and together they supported many young children and charities over the years.

Brenda is survived by four children: Kris Buck and companion Bill Fifield of Apache Junction, AZ; Sue Roraback of Athol and her companion Sheila Rowe; Jason Buck and his wife Betsy of Hillsborough, NH; and Peter Buck and his wife Ola Wysocki of Athol; six grandchildren: Meagan, Jennifer, Katelyn, William, Christopher and Elaina; five great-grandchildren: Meredith, Lydia, Kayde, Bane, and Gideon. She also leaves brothers Ronald Banks and his wife Margo of Keene, NH and Bruce Banks and his wife Karen of Athol, as well as numerous nieces and nephews.  Besides her husband John, Brenda was predeceased by three infant children: Roberta Agnes, Faith Brenda and Catherine Jenny, her sister Elaine (Banks) Clark, and her parents Vernon and Roberta Banks.

Due to recent COVID-19 cases in the family, no public calling hours will be held.  There will be a graveside service at Silver Lake Cemetery (at the end of Horrigan Avenue in Athol, MA) at 1:00 p.m. on Sunday, September 25, 2022.  In light of the COVID cases, we may not be able to hug or visit closely with everyone who attends.  However, we would love to see your faces if you are comfortable attending.  The family encourages anyone attending the service to bring a lawn chair for their comfort during the service.

We encourage everyone who may have a fond memory or story about Brenda to leave an online message on the guestbook at www.mackfamilyfh.com  In lieu of flowers, the family requests donations be made in Brenda's name to the American Leprosy Missions (leprosy.org) or the PKD (Polycystic Kidney Disease) Foundation (pkdcure.org).

To order memorial trees or send flowers to the family in memory of Brenda J. Buck, please visit our flower store.