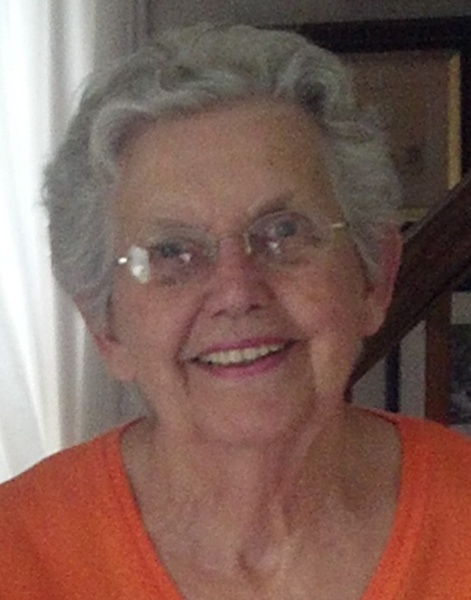 OBITUARY: BEVERLY M. TAROLLI
Beverly (“Bev”) M. Tarolli, 90, of Winchendon, died July 7, 2022, in Athol Hospital.
The daughter of Preston and Myrtle (Peckham) Chase, Bev was born in Athol on April 5, 1932. Until
she moved to the memory care community at Broadview Assisted Living six years ago, she was a
lifelong resident of Athol.
A graduate of Athol High School’s Class of 1950, Bev commuted via train to Salem Teachers College
and landed her first teaching job in Barre, as an English teacher. It was the impact of her thirty years
of teaching accounting and other business courses at Athol High School, however, that will endure for
generations, as she taught and mentored many students who went on to successful careers in business-
related fields.
Her complete dedication to AHS was shown through her management of the internal school accounts
throughout her tenure, her role as treasurer of the AHS Scholarship Association for several decades,
and her instrumental role on the team that created the AHS Alumni Association. She spearheaded the
class scheduling process for the entire student population and served as class advisor multiple times.
Bev loved sports, as an athlete and a spectator. She played softball and basketball on school and
recreational teams as a young person and enjoyed tennis and racquetball later in her life. She was an
active booster of local sports teams and thrived on a steady diet of Boston professional sports. Boston
Bruin Bobby Orr, Red Sox player Carl Yazstremski, and New England Patriot Teddy Bruschi were
among her favorites.
Bev was an excellent card player and, while she took her games seriously, the laughter she shared with
her friends around the table echoed throughout Athol. Her apple pie, chocolate crinkle cookies, lemon
squares, and Delmonico potatoes were highly sought-after items for potluck events and holidays. She
appreciated good theater, especially on Boston stages, and produced many local theater productions
with director Charles Russell, including Fiddler on the Roof and Godspell. Her happy place was
Duxbury Beach where she vacationed for two weeks each summer, and where you could find her
standing waist-deep in the ocean reading a book.
Bev was married to her husband, Arthur, for 55 years until his death in 2013. She leaves a daughter,
Dianne Johnson, of Duluth, MN; a son, James Tarolli, of Lakeland, FL; a daughter, Susan Tarolli, of
Keene, NH; and grandsons Zachary and Michael Tarolli.
There are no calling hours. A memorial service will be held Thursday, July 14, at noon, at Mack
Family Funeral Homes Fiske-Murphy &amp; Mack Chapel in Orange, MA. In lieu of flowers, memorial
contributions would be well invested if sent to Broadview Assisted Living, 547 Central Street,
Winchendon, MA, where Bev was loved and cared for in beautiful ways for the past six years, or the
Athol High School Scholarship Association, PO Box 338, Athol, MA, 01331-0338.

To order memorial trees or send flowers to the family in memory of Beverly M. Tarolli, please visit our flower store.