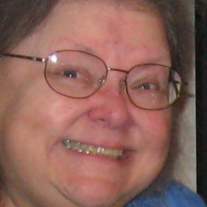 GARDNER, Betty Ann Borkowski, 69, of Gardner, died Monday, November 18, 2019 at Heywood Hospital. Betty was born March 30, 1950, daughter of the late Sigismund and Olga (Yuris) Borkowski. A graduate (Class of 1968) of Gardner High School, she received a B.A. from UMass-Amherst and a nursing degree from George Mason University. After college graduation she served in VISTA (Volunteers in Service to America). Before retiring she worked as a registered nurse at Baldwinville Nursing Home for over 25 years. Betty had a great love of animals, enjoyed traveling, knitting, needlepoint, and spending time on her computer. She leaves three brothers: James Borkowski, and his wife Joanne, of Belchertown, Thomas Borkowski, and Gary Borkowski, both of Gardner; four nephews and a niece, Andrew Borkowski, Anna (Borkowski) Dragsbaek, Michael Borkowski, Matthew Borkowski, and Joseph Borkowski. Services will be held Monday, November 25, with a calling hour at 10:00 A.M. and a funeral service following at 11:00 A.M. at Mack Family Funeral Homes, Lamoreux- Smith & Poliks Chapel, 105 Central St., Gardner. Burial will follow in St. Joseph Cemetery, Gardner. In lieu of flowers, memorial contributions may be made to the American Society for the Prevention of Cruelty to Animals (ASPCA), 424 E. 92nd St., New York, NY 10128-6804 or ASPCA.org. To send an online condolence, please visit www.mackfamilyfh.com
To order memorial trees or send flowers to the family in memory of Betty Ann Borkowski, please visit our flower store.