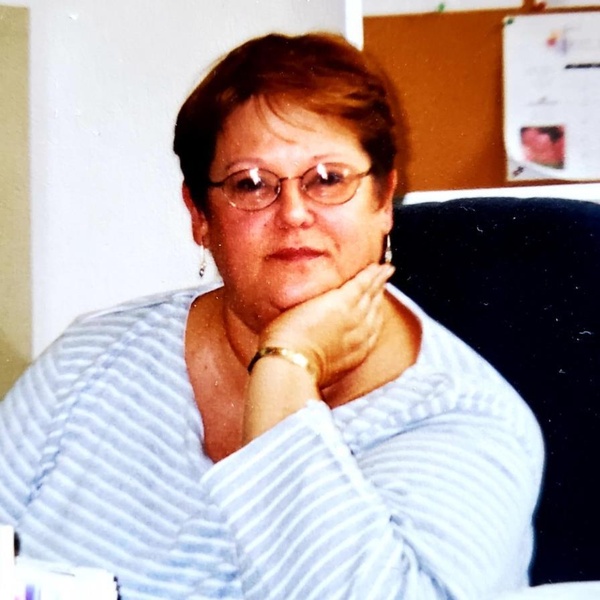 GARDNER - Barbara Ann Patterson, 75, passed away unexpectedly on Saturday, April 3, 2021 at UMass Medical Center in Worcester. She leaves her two children, Shaun A. Suhoski of Athol and Laura Morgenstern of Gardner; six grandchildren, Chelsea Suhoski of Waltham, Nicholas Suhoski of Ashburnham, Brandon Suhoski and Joshua Suhoski both of Athol, Liam Morgenstern and Aiden Sbrega both of Gardner; two brothers, Donald G. Patterson, Jr. of Ga and Thomas Patterson of Westport; four nephews and one niece, Ken, Dennis, Scott, Garth and Jenny Patterson. Barbara was predeceased by a daughter, Cara A. Suhoski. She was born in Altoona, PA, on September 18, 1945 a daughter of the late Donald Sr. and Mona (Smelser) Patterson. She graduated from Gardner High School and earned a BS from Fitchburg State College. She worked as a family services coordinator for the Head Start Program for over 30 years at Mount Wachusett Community College and the former Coleman Street School in Gardner. She was a longtime member of the First Baptist Church in Gardner and was very involved in politics in her youth leading the area campaign to elect former Congressman Robert Drinan and others. She was a co-founder of ENDECO, an environmental group in the early 70's. In her retirement years she was frequently seen at her favorite bench at Dunn's Park with her prized Boston Terrier and loyal companion, Jingle. Barbara's funeral will be held on Saturday, April 17, 2021 at 11:00 a.m. with a calling hour prior at 10:00am in the First Baptist Church, 14 High Street, Gardner, MA 01440. A private burial will follow. In lieu of flowers memorial donations may be made to the First Baptist Church of Gardner. To leave an online condolence please visit, www.mackfamilyfh.com The Mack Family Funeral Home, 105 Central Street, Gardner, MA has been entrusted with Barbara's funeral arrangements.
To order memorial trees or send flowers to the family in memory of Barbara Ann Patterson, please visit our flower store.