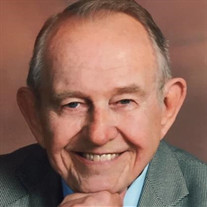 ATHOL- Wayne C. Frost, of Athol, died Saturday, July 6 at Leominster Hospital after an illness. Wayne was born January 28, 1929, in Athol of the late Jed Frost and the late Maude (Wright) Frost and has lived in Athol his entire life. He graduated from Athol High School in 1946. He also went to Mount Herman and Worcester junior college for one year. Wayne worked for the L.S. Starrett Company for several years, the Union Twist Drill for 31 years, the New York Twist Drill in Worcester, and was a lifeguard for the Commonwealth of Massachusetts at Laurel Lake and Erving. He was a member of the Singing Men of Athol for over 50 years, and a member of the Starrett Memorial United Methodist Church since 1943, singing in the choir for over 60 years. Wayne was also on the activities committee and on the Church council for over 30 years. He was involved in Cub Scouts and for several years, the YMCA athletic program, and the Silver Sneakers. Wayne was an animal lover, enjoyed singing in many groups, swimming, exercise, and hiking. He is survived by his wife, Diane Haley Frost; four daughters: Jean Muzzy of Athol, Patricia Flematti and her husband, Ricard of Athol, Doreen Frost of Petersham, and Cheryl Morandi and her husband, Keith of Athol, and two sons: Allen Frost and his wife, Jenn of Orange, and Gary Frost and his wife, Lori of Athol; three step daughters, Leanne, Melanie, and Kay; nine grandchildren, Nick, Randy, Stacey, Daniel, Shawn, Chelsea, Melissa, Katie, and Joey; one step grandson, Christopher; seven great grandchildren; nieces and nephews. A calling hour will be held Saturday, July 13, from 10:00-11:00 A.M. followed by the funeral at 11:00 all at Starrett Memorial United Methodist Church, 40 Island St., Athol. Burial will follow in Silver Lake Cemetery. In lieu of flowers, memorial contributions may be made in Wayne’s name to the Starrett Memorial United Methodists Church, 40 Island St., Athol, MA 01331. To send an online condolence, please visit www.mackfamilyfh.com. Higgins O'Connor Funeral Home, a Mack Family Funeral Home 146 Main St. Athol is assisting the family with arrangements.

ATHOL- Wayne C. Frost, of Athol, died Saturday, July 6 at Leominster Hospital after an illness. Wayne was born January 28, 1929, in Athol of the late Jed Frost and the late Maude (Wright) Frost and has lived in Athol his entire life. He graduated... View Obituary & Service Information

The family of Mr. Wayne C. Frost created this Life Tributes page to make it easy to share your memories.