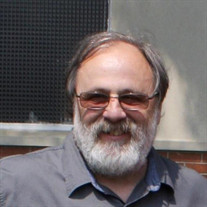 Steven D. Coutu, 65, of Athol, passed away on May 3, 2020. Steven was born in Keene, NH on June 17, 1954 to Theodore Coutu and Thea (Smart) Coutu. Steve attended Athol Junior High School and Athol High School where he was a member of the football team. Steven met the love of his life, Rebecca (Tarr) Coutu, when he was 16 years old. They spent the next 49 years together raising their family, whom he loved fiercely. He worked hard his entire life and while he may not have been monetarily rich, he was rich beyond compare with the love of his family and the adventures he had with his wife and children. Steve never met a stranger and will be missed by many. His witty sense of humor and his way with words always made a lasting impression on everyone he knew. He was larger than life and never would you meet a more honest and passionate man. His determined attitude, even during his most trying times, was something to be admired. He found great pleasure riding his motorcycle for over 40 years with Becky always as his passenger. Steve’s greatest adventure was in 2010 when the two of them took a cross country trip on their Harley to Sturgis. When he wasn’t riding, he also enjoyed restoring and working on his ‘68 AMX. Steve was known for his competitive spirit both on and off the field. He enjoyed being part of a team and spent many years at the helm of softball teams in the Starrett, Sunday Morning, and Hubbardston leagues. In the late 80’s, he was president of the Sunday Morning Softball League. He was often found playing pickup football in his yard with his children and all the neighborhood kids. However, seeing his children and grandchildren compete in sports made him so incredibly proud; he never missed an event if he could help it. His proudest moments were when his three children received their bachelor’s degrees. Besides his wife Rebecca, he leaves his children, daughter Jennifer Arpide and her husband Jose of Athol, his son’s Christopher Coutu and wife Wendy of Baldwinville and Keith Coutu and wife Veronica of Fall River. His grandchildren Elizabeth Arpide, Daniel Arpide, Connor Arpide, Lauren Coutu, Alyssa Coutu, Morgan Coutu, Kaitlyn Coutu and Abigail Coutu. His siblings Theodore Coutu and Ruth,, Karen Tarr, Dustin Coutu, Cindy Richotte. His brothers in law Wesley Tarr, Randy Tarr and his wife Phyllis, Brian Tarr and his wife Cheryl, Micheal Tarr and his wife Buffy, and Leonard Scott. His sisters-in-law Diane Davis, Joanne Farwell (John), Nancy Ringland, Wendy Smith, Patricia Tarr. He also leaves many nieces, nephews and the many friends he’s met along the way. He was predeceased by his sister Rhonda Scott. A celebration of life will take place at a future date.

Steven D. Coutu, 65, of Athol, passed away on May 3, 2020. Steven was born in Keene, NH on June 17, 1954 to Theodore Coutu and Thea (Smart) Coutu. Steve attended Athol Junior High School and Athol High School where he was a member of the football... View Obituary & Service Information

The family of Steven D Coutu created this Life Tributes page to make it easy to share your memories.