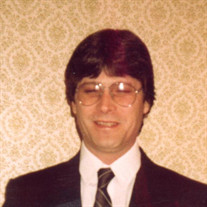 GARDNER - Stephen J. Duda, of 168 Manca Drive, Gardner, MA, passed away on March 24, 2020. Born on March 14, 1952, Stephen was predeceased by his parents, Fred and Philena Duda, of Gardner. Steve attended parochial school at Sacred Heart Parish and received confirmation there. He was a graduate of Gardner High School, class of 1970. He made a career right out of high school for a number of years in the shoe department, first at Goodnow Pearson’s before becoming manager of the shoe department at Rich’s Department Store in Gardner. Later, Steve took on other types of work, the last being a caregiver at a group home in Hubbardston for adults with mental challenges. in the 1990s. Many Gardnerites would have seen Steve “hanging out” on the ledge downtown by what had been the Comfort Station (in front of the West Street parking lot) with all his friends, as a trailblazer to the “hippie” movement. Steve grew his hair out, and everyone followed suit. He enjoyed popularity as being voted Best Looking by his senior class. One of the highlights in the course of his career was meeting theoretical physicist and author,Stephen Hawking. Steve once lived in Santa Fe NM where he enjoyed hiking an average of 20 miles every Saturday, and he always wanted to return to Santa Fe, which is known as the Land of Enchantment. Throughout his life Steve enjoyed laughter, always looking for a good story or joke. Stephen leaves one son, Jason Duda, of Orange. He leaves brothers Dennis, Thomas and his significant other Sandy Seaborne, and Charles, all of Gardner, and a sister, Kathleen Bennett and her husband Gary, of Templeton. Also, he leaves nephews Kevin Bennett and Brian Duda, and nieces Diana Kalivas and Stephanie Duda. Our beloved Stephen will forever be in our hearts. A forthcoming dedication will be posted on his sister’s inspirational website: bountynow.net There will be no calling hours. A graveside service will be held at a later date for immediate family. Donations may be made to St. Jude’s Hospital for Children or to a charity of one’s choice. To send an online condolence please visit online guestbook at www.mackfamilyfh.com. Mack Family Funeral Home 105 Central St., Gardner is directing arrangements.

The family of Stephen J. Duda created this Life Tributes page to make it easy to share your memories.