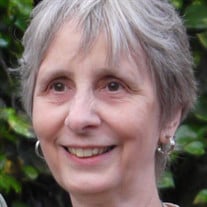 GARDNER - Rose Elizabeth (Case) Valois, 78 of 75 Oriole Street, Gardner, died Thursday, February 17, 2022, in the UMass Memorial Medical Center - University Campus, Worcester. She was born in Fitchburg on December 20, 1943, the daughter of the late Albert J. Case, Sr., and the late Florence V. (Borey) Case. Rose grew up in Gardner and graduated from Gardner High School. She worked for years at the Gardner State Hospital as an LPN. She was then a nurse at the Protestant Youth Center in Baldwinville in the early 1980's. She left nursing and became a clerk for Professional Pharmacy in Gardner and continued after CVS bought it until her retirement. Spending time with family and extended family was her biggest love. She enjoyed quilting with her daughter and her sister-in-law and gifted each member of the family a special quilt. For years she made and taught ceramics and sold them at craft fairs. She leaves her husband of 58 years, Andre F. Valois, Jr.; three sons, George A. Valois of Gardner, Michael A. Valois of Gardner, David A. Valois of Gardner; one daughter, Katherine A. Valois of Arlington, MA; four brothers, Albert Case, Jr. of Gardner, Raymond Case and his wife Georgette of Gardner, Leo Case of Gardner, David Case and his wife Jane of Gardner; two sisters, Janet Case of Gardner, June Case Savard and her husband Roger of Gardner; a sister in law, Andreana (Valois) Wisniewski of Tavares, Florida; and many beloved nieces and nephews. She was predeceased by a brother, John Case; a sister, Louise Case; and a grandson, Andre D. Valois. Funeral services will be private. To send an online condolence please visit www.mackfamilyfh.com. Mack Family Funeral Home 105 Central St., Gardner is directing arrangements. Kevin J. Mack & Walter C. Taylor directors.

The family of Rose Elizabeth (Case) Valois created this Life Tributes page to make it easy to share your memories.