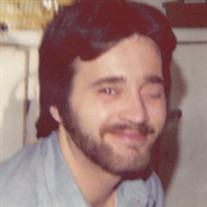 Robert Emile Brouillet, 64 of Brookline MA, passed away at home on August 8th, after a period of declining health. He was born in Athol, MA on September 4th 1954, to the late Raymond and Pauline (Couture) Brouillet. He graduated from Athol High School with the class of 1972. Having been born with one eye Bob had some medical issues from a young age, however, he never let his disability stop him from pursuing his passion for sports. He played little league and played football with neighborhood kids. He later played goalie in the men's hockey league in Gardner & Fitchburg. He also played softball in Athol's Pequoig League. He was an avid Boston sports fan, knowing all the players and their stats. He worked as a security guard in the Boston area for over twenty years, including the Boston Museum of Science, until he was no longer able to work. He was always outgoing, friendly, courteous and kind, always wanting to be of help to others. On more than one occasion he helped someone in a distressful situation. In one instance he helped a woman get away from her attacker. He received no “Hero” award for his actions but he will always be our hero. Bob will be remembered and missed for his sense of humor and all of his wonderful attributes. He is survived by brothers: Alan (Ellie) of Gardner MA, Dennis (Kate) of Novato CA, Lawrence (Erica) of Winchester NH, William (Kelli) of Enumclaw WA and Basel Switzerland; Sisters: Donna Brouillet (Linda Guthrie) of Greenfiled MA, Barbara Brouillet Greenfield MA, Carolyn Brouillet Athol , MA; as well as several nieces and nephews, grandnieces, grandnephews and many, many cousins. There will not be any formal services at this time. A memorial service is being planned for sometime in October. To sign the online guess book please visit mackfamilyfh.com Mack Family Funeral Homes – Fiske-Murphy & Mack Chapel, 110 New Athol Rd., Orange is assisting with arrangements.

Robert Emile Brouillet, 64 of Brookline MA, passed away at home on August 8th, after a period of declining health. He was born in Athol, MA on September 4th 1954, to the late Raymond and Pauline (Couture) Brouillet. He graduated from Athol... View Obituary & Service Information

The family of Robert Emile Brouillet created this Life Tributes page to make it easy to share your memories.

Robert Emile Brouillet, 64 of Brookline MA, passed away at home...