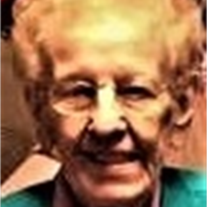 ATHOL - Mrs. Rita J. (Šeškas) Newton, of Athol passed away peacefully surrounded by loving family and friends on Friday, August, 24, 2018 at the age of 89. Rita was born on October 6, 1928 and was a lifelong resident of Athol. She was the only child of the late Juozapas and Amelia (Makštelaitė) Šeškas and the beloved wife of the late Theodore (Ted) H. Newton Jr. She is the loving mother of Joseph Newton and his wife Sharon of Athol, Christine Wilson and her husband Barry Meehan of Orange, and Daniel Newton and his husband Christopher Flynn of Boston. She is also survived by her son-in-law Michael Christiansen of New Ipswich, NH, several grandchildren, and great-grandchildren as well as her beloved cat, Moodsie. She was preceded in death by her daughter Margaret (Peggy) Christiansen and her grandson Lloyd Newton. Rita’s parents both emigrated from Lithuania in the early 1910’s and settled in Athol as part of the larger local Lithuanian population. Rita was always very proud of her Lithuanian heritage. While she was never able to meet her father as he passed away before she was born, Rita nevertheless had a close relationship with him as she lived her entire life in the family home he built. Rita graduated from Athol High School in 1946 and spent a brief time living in New York City before returning home to Athol. Rita worked in the area for many years and was especially fond of her work in hospitals and doctors’ offices. Rita married her husband Ted in 1955 and they were married for 55 years before he passed. They loved to travel with their many visits to Hawaii holding a special place in her heart. They also enjoyed traveling to Las Vegas where she loved playing the nickel slot machines. Rita and Ted traveled internationally visiting Paris and Rome and during their visit to Rome she was able to greet Pope Benedict XVI at the Vatican shortly after his inauguration in 2005. Rita was a longtime fan of the New England Patriots, a voracious reader of fiction, and an early and frequent patron of QVC. She treasured her long-time friends Dick and May Burgess and those friends that predeceased her including Ann, Shirley, Virginia and Gratia. Rita was also thankful for her supportive home-health aides, especially Carol and Marie. There will be no calling hours and the committal of ashes in Gethsemane Cemetery will be private. In lieu of flowers, contributions can be made in her honor to the Athol High School Scholarship Association, P.O. Box 338, Athol, MA 01331 (www.ahsscholarship.org). To leave an online condolence, please visit www.mackfamilyfh.com Fiske-Murphy & Mack Funeral Home, 110 New Athol Road, Orange is assisting with arrangements.
To order memorial trees or send flowers to the family in memory of Rita J. Newton, please visit our flower store.