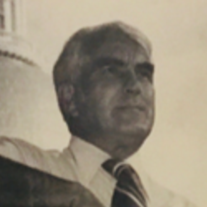 GARDNER - Raymond M. Lafontaine, 91 of Gardner, died Saturday, October 28, 2017 with his family by his side. He was born in Gardner May 18, 1926, the son of the late Joseph T. Lafontaine and Catherine A. (Ryan) Lafontaine. For many, Raymond will be best remembered for the 17 years he served in the Massachusetts State Legislature as the Representative for Gardner and the surrounding region from 1965 to his retirement in 1982. He fought tirelessly for the City and the people he loved, taking every opportunity to create economic development, jobs and quality of life to its citizens. His efforts are evident everywhere, from the creation of Mount Wachusett Community College, where the Fine Arts Center bears his name and securing State funds for the building of the Veterans Skating Rink and Gardner District Court House. In 1981 as a result of his efforts the North Central Correctional Institution was opened creating much needed jobs for the community at an economically tough time. A lifelong Gardner resident, he was an accomplished athlete as a Football Co-captain at Gardner High School where he received a scholarship to play football for the University of Maryland in 1946. He sacrificed that scholarship before his senior year to serve his country and join the Navy. After he left the Legislature he served as the President of Commonwealth Auto Reinsures until his retirement in 1999. Ray was a fixture on the golf course, a member of Gardner Municipal and Crump and Fox. Raymond’s integrity was only outdone by his humility. If you asked him what was his greatest accomplishment his answer was always the same, his family. He loved being a Grandfather and doted on his wife, three daughters and extended family. He is survived by his wife of 61 years, Joyce E. (Austin) Lafontaine, his three daughters, Susan Markow, Lyn Burke and Catherine Mellecker. And his eight grandchildren, Danny, Jonny, Lindsey Kate, Lia, Abby, Amelia, Jaime and Scotty, along with his two great grandchildren Julien and Lilly Day. Funeral services will be held on Thursday, November 2, 2017 with a Mass at 11 a.m. in Holy Spirit Church, 50 Lovewell St., Gardner. Burial in the Massachusetts Veterans Memorial Cemetery, Winchendon will be at a later date. Calling hours will be held on Wednesday, November 1, 2017 from 4-7 p.m. in the Lamoureux-Smith & Poliks Funeral Home, 105 Central St., Gardner. In lieu of flowers donations can be made to The Raymond M LaFontaine Fine Arts Scholarship at Mount Wachusett Community College 444 Green St., Gardner, MA 01440
To order memorial trees or send flowers to the family in memory of Raymond M. Lafontaine, please visit our flower store.