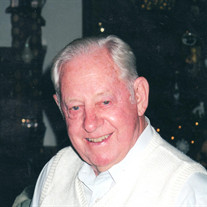 Paul R. Teittinen, 98, life long resident of East Templeton passed away at the Quabbin Valley Healthcare in Athol on Thursday, March 7, 2019 after a brief illness. Paul was born in Gardner on July 31, 1920, son of the late Axel and Ida (Markkula) Teittinen who emigrated from Picksanmaki, Finland in 1906. His parent’s names appear on the wall at Ellis Island. Paul graduated form Worcester Trade School class of 1938. He served in a machinegun unit in the US Army during WWII and is a recipient of the Purple Heart for wounds received in an artillery bombardment in France. Paul worked for the General Electric Company in Fitchburg where he was a machinist and later office manager. He was proprietor of the Templeton General Store in the 1960s. Later, he owned and operated Templeton Homgas for many years continuing to work well into his nineties, up until two years ago. Paul enjoyed hunting and fishing and spending time at his second home in Vermont. Paul was a member of the Roger P. Warfield Post 373 American Legion of Baldwinville. He was a member of the Gardner Lodge of Elks. He was a founding member of the Snowbound Club in Winchendon and a member of the Mr. and Mrs. Club of East Templeton. His wife Alice (Young) Teittinen died in 1993. He leaves his children; Bruce Teittinen and his wife Linda of Fitchburg, Linda Johnson and her husband Andrew of Templeton, and Paula Fruit of Templeton, grandchildren; Matthew Fruit and his partner, Jessica of Templeton, Sarah Clark and her husband Keith of Pepperell, Eric Johnson of Winchendon; great grandson; Patrick Fruit of Templeton; sister, Ida Carpenter of Kirkland, Washington; several nieces and nephews. He was predeceased by his grandsons, Seth Johnson and Andrew Fruit. According to his wishes, his funeral service and burial will be private. There are no calling hours. Burial will be at Pine Grove Cemetery in Templeton in the spring. To leave an online condolence please visit [email protected]" title="Click to open in a new window or tab" target="_blank" rel="nofollow noopener">[email protected] Mack Family Funeral Home 105 Central St., Gardner MA 01440 is directing arrangements.

Paul R. Teittinen, 98, life long resident of East Templeton passed away at the Quabbin Valley Healthcare in Athol on Thursday, March 7, 2019 after a brief illness. Paul was born in Gardner on July 31, 1920, son of the late Axel and Ida... View Obituary & Service Information

The family of Mr. Paul R Teittinen created this Life Tributes page to make it easy to share your memories.