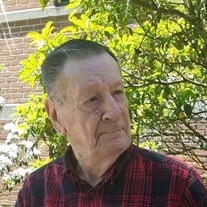 GARDNER – Paul W. Foresman, retired Captain of the Fitchburg Fire Department, died on February 8, 2020 in Gardner. In addition to serving his community as a firefighter, he was proud to have served as a paratrooper in Occupied Japan at the end of World War II. In his 91 years he accomplished much for which his family will always be grateful: he bought land in Ashby, and using books from the library he built a camp, which became the source of wonderful summer memories and a lifelong love of the outdoors. He was an accomplished basketball player, a swimmer, skater, and skier, and passed his talents and enthusiasm on to his children. He became a ski instructor when he and brothers Alan and Peter bought and operated Hidden Valley Ski Area in Ashburnham. Until the end of his life, he worked on crossword puzzles and played cribbage, never losing sight of who he had been and who he wanted to be, and always behaving accordingly. He left a lasting legacy, setting an example of responsibility, hard work, dignity, and love. He leaves a devoted family: daughter Paula Foresman and her husband Michael Touloumtzis; sons: Kurt Foresman and his wife Laura and Jon Foresman and his wife Virginia; nephew: Richard Foresman; and sister-in: law Anne Foresman, as well as 8 grandchildren and 16 great grandchildren. He was predeceased by his wife Claire and son Alan Foresman. A memorial service will be held on Saturday, February 29 at 11:00 a.m. at the Ashby Congregational Church, 21 New Ipswich Rd., Ashby. In lieu of flowers, memorial contributions in his name can be made to the Church at P.O. Box 126, Ashby, MA 01431. To leave an online condolence, please visit www.mackfamilyfh.com. Mack Family Funeral Homes – Lamoureux-Smith & Poliks Chapel, 105 Central St., Gardner is assisting with arrangements.

GARDNER &#8211; Paul W. Foresman, retired Captain of the Fitchburg Fire Department, died on February 8, 2020 in Gardner. In addition to serving his community as a firefighter, he was proud to have served as a paratrooper in Occupied Japan at... View Obituary & Service Information

The family of Paul W. Foresman created this Life Tributes page to make it easy to share your memories.