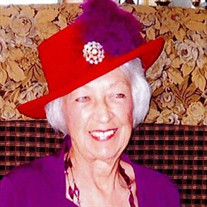 Mary Eva (Piragis) McCollom, 84, of Belchertown, formerly of Athol, passed away on Friday August 9, 2019 at Wingate of South Hadley, after a decline in her physical health over several months. She was born in Athol on February 15, 1935, the youngest of six children of Anthony Piragis and Eva (Manstis) Piragis of Garfield Road. She graduated from Athol High School, Class of 1953, where she got her work done, but also knew how to have fun. She attended many Class Reunions, including the latest in October, 2018, where she enjoyed the company of her pals, especially Pat Battaini LeBlanc. She was a long standing member of the Knights of Lithuania, regularly attending cookouts and Christmas celebrations, and often seen with Nellie Melaika, going back to 1952. Mary was always a hard worker, and one of her first jobs was for Camann’s Ladies Apparel Shop. Fern Camann became one of her dearest friends. After moving from the Garfield Road farm, she lived on Maple Street, caring for her parents until they each passed. Mary was fiercely independent, making her way in banking, which, at that time, was typically a “man’s business.” She was an accomplished banker, serving as the Assistant Treasurer of Guarantee Bank and Trust in Athol for several years. She eventually moved to Belchertown to help her pharmacist husband, David McCollom, operate the Belchertown Pharmacy. For many years the Pharmacy Window Displays added a touch of charm to the building, particularly their display of the recreated Belchertown Common as it appeared from 1907 -1911, for which she was written up in the Sentinel in December, 1984. She continued to operate the pharmacy and liquor store business after Dave’s death in 1987, until she sold it and retired. No antique escaped Mary’s eye. She was a very knowledgeable collector, and loved hunting for treasures at tag sales. She was always reading up on the latest collectable in “Kovel’s”. Her home was always decorated with an array of unique items and interesting collections. Mary was an excellent cook and she enjoyed sharing cooking tips. Holidays were always filled with culinary treats, Lithuanian, American, or any other that she decided to make. Mary constantly educated herself on the latest science findings on food, and strived to use the most natural ingredients. An avid gardener, growing both flowers and vegetables, Mary’s advice was always at the ready. Every spring she started her tomato seeds that she saved from the previous year’s harvest, and gave plants to others to grow in their gardens. Mary loved animals, particularly her poodles, but any stray in need would find an open door. She shared her home with many dogs and cats over the years, and her yard with wildlife, feeding the birds throughout the winter. She enjoyed them all. Mary was well read, fervently keeping up with Politics. In her younger days she worked on many campaigns, including those of the Kennedys, and served as a delegate to the State Democratic Convention on more than one occasion. As an avid and knowledgeable Boston Red Sox fan, she kept a life-sized cardboard cut-out of her beloved David Ortiz (another treasured tag sale find). Mary will be remembered for living a lively life in her own way, often sharing a joke, going to the Casino with friends, playing cards, or pitching in to help with a fund raiser for some good cause; and of course spending time on Cape Cod. She was a member of the Belchertown Saint Francis Church and helped out with the fund-raiser tag sales for many years. In addition to her parents, and husband, she was predeceased by her five siblings and their spouses: John (Tena), Adolphus “Scull” (Bea), Bernice (Vincent Volpe), Frances (Bob Chamberlain), and Albine (Topsy); one nephew, Richard Volpe, one niece, Meg Volpe, and one great-niece, Elaine Daley. She leaves behind many friends and several nieces and nephews. Services, at her request, were private at Gethsemane Cemetary in Athol. Anyone wishing to make a donation in her memory is asked to contribute to their local animal shelter.

Mary Eva (Piragis) McCollom, 84, of Belchertown, formerly of Athol, passed away on Friday August 9, 2019 at Wingate of South Hadley, after a decline in her physical health over several months. She was born in Athol on February 15, 1935, the... View Obituary & Service Information

The family of Mary E. McCollom created this Life Tributes page to make it easy to share your memories.