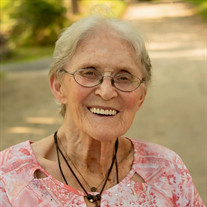 ATHOL - Martha (Still) Cass, 85, of Athol, died Friday, March 13,2020. She was born in Fairmount, Georgia on August 10, 1934 to the late Mac Still and Genola B. Sullivan. Martha grew up in Fairmount until the age of 12 when she moved to Athol with her mother Genola and her stepfather, James B Sullivan. She graduated from Athol High School in 1952 where she was an exceptional student and a cheerleader. She was fondly known as the "Georgia Peach" by her classmates. She married William F.Cass,Jr. on November 8, 1952. Martha loved her family and was the matriarch of 5 children, 15 grandchildren and 17 great grandchildren. She was actively involved in the Petersham Curling Club where she and her many friends gathered for years. Martha and her husband loved horse racing, and she and Bill enjoyed many years in the industry in Massachusetts, New York, New Hampshire, Maine and eventually Pompano, Florida where they enjoyed several winters together. Martha was a huge supporter of her children's activities, and she rarely missed an event. It was not unusual for her to show up at an athletic game with snacks for the whole team. She loved to entertain and welcomed people to her home her whole life. She loved dancing and playing cards. She was also an avid Patriots and Red Sox fan. She was an active,faithful member of the Athol Congregational, Church, UCC. But most of all, Martha was loving and kind with one of the biggest hearts in the world. Martha is survived by her children; Gina Cass and partner, Steven Urbach, of Venice, Florida, Lori Stewart of Athol, Bradford Cass and his wife, Barbara, of Athol and W.Brent Cass of Athol. She is also lovingly survived by David and Kate Rayment of Bow, NH, and Joyce Cass of Athol. She will be missed by her grandchildren; Timothy and Shayna McLaughlin of Alfred, Maine, Stephen McLaughlin of Old Orchard Beach, Maine, Kathryn McLaughlin of Denver, Colorado,Michael and Sarah Donohue of El Segundo, Ca., Erin Rayment of Atlanta, Ga, Greg and Carly Donohue of Sherborne, Ma., Megan and Garrett Malloy of Salem, NH, Kelly Williams of Montevallo,Alabama, William and Darcy Coughlan of Myrtle Beach,SC, Douglas Cass and fiancee Samantha Cormier of Athol, Bryce Cass of Athol, Kelsey Cass of Athol, Alyssa Cass of Worcester, Ma, and Brendan Cass of Athol. She is also survived by 15 great grandchildren. She was predeceased by her husband, William F. Cass, Jr. of 55 years,her daughter, Diane M.Rayment and her grandchild, Bradford Coughlan. Funeral services will be private with a celebration of life to be held in late spring or early summer. To send an online condolence please visit www.mackfamilyfh.com. In lieu of flowers, the family suggests that memorial contributions be made to Athol Congregational Church, UCC, 1225 Chestnut St., Athol, Ma.01331 or to the Athol Historical Society, 1307 Main St., Athol, Ma.01331. Fiske-Murphy & Mack Funeral Home is directing arrangements.

ATHOL - Martha (Still) Cass, 85, of Athol, died Friday, March 13,2020. She was born in Fairmount, Georgia on August 10, 1934 to the late Mac Still and Genola B. Sullivan. Martha grew up in Fairmount until the age of 12 when she moved to Athol... View Obituary & Service Information

The family of Martha Cass created this Life Tributes page to make it easy to share your memories.