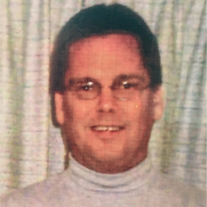 ATHOL- John W. Mazialnik, 55, of Athol, died Tuesday, August 21, at UMass Medical Center. John was born May 21, 1963, in Athol, son of the late Ladzy and Helen (Ambrose) Mazialnik. He grew up in Athol and lived in Colorado for 17 years before returning to Athol. John worked at L.S. Starrett and enjoyed spending time at Hampton Beach. He leaves two sons, Matt and Joe Arce; three brothers, William, Michael, and Robert Mazialnik; one sister, Karen Bachelder; three nephews, Eric and Adam Mazialnik, and Charles Bachelder. The funeral Mass will be held Monday, August 27, at 11:00 A.M. at St. Francis Church, 101 Main St., Athol. Everyone attending should go directly to Church. Burial will follow in Gethsemane Cemetery. In lieu of flowers, memorial contributions may be made in John's memory to the charity of one's choice.
To order memorial trees or send flowers to the family in memory of John W. Mazialnik, please visit our flower store.