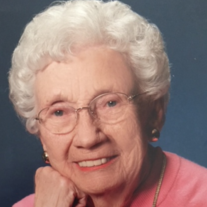 Helvi J. Palojarvi GARDNER, MA – Helvi Johanna Palojarvi, 94, died peacefully at home on December 11, 2018. Miss Palojarvi was born in Gardner on November 22, 1924, the eldest daughter of the late Walfrid and Hilja (Tyrvainen) Palojarvi. She was a 1942 graduate of Gardner High School, where she earned scholarships and an award as the highest ranking commercial student. She studied at Bryant College, Smithfield, RI, where she earned a degree in business administration in 1943. She employed her administrative skills at Florence Stove Company of Gardner for several years, and in support of the family business, Kilpi Grocery on West St. in Gardner. In 1953, Helvi and close friend Rose Maskiewicz drove cross-country to Los Angeles, CA to seek employment opportunities. She soon secured temporary employment as a statistical secretary with the General Petroleum Corporation, a unit of Mobil Oil, quickly leading to permanent employment in the contracts bureau for over fifteen years. Her talent and work ethic earned her a transfer to Anchorage, AK to help in the implementation of the Trans-Alaska Pipeline. She returned to Los Angeles and became one of the first women to work as a landman in the company, covering Oregon and Idaho for the Land Department’s exploration efforts. She accepted a transfer to the company’s Denver office, where she retired in 1984 after more than thirty years with the company. Her work life fueled and fulfilled her lifelong love of travel and exploration. She thrived on immersing herself in others’ cultures, whether in the Middle East, Europe, the Rocky Mountains, the Pacific Northwest, or the forests and lakes of New England. She was especially proud of her Finnish heritage and frequently visited friends and family in Finland. Despite her many travels and adventures, Helvi was never happier than when she gathered with family, friends or the lunch bunch for sauna and fun at the family camp on the shore of Wyman Pond, Westminster, a cherished spot she enjoyed for over ninety years. Upon retirement, Helvi returned to Gardner, the hometown she loved, while corresponding for many years with dear friends in Los Angeles, Anchorage, and Denver. She was an active member of Faith Lutheran Church of Gardner, where she devoted her energies to serving the congregation and her resources to religious education. The church’s Helvi J. Palojarvi Education Center was named in her honor. Miss Palojarvi worked to support some of Gardner’s most important and enduring institutions, including the Levi Heywood Memorial Public Library, where a children’s reading room is named after her; The Gardner Museum, where she served as a Trustee; and Heywood Hospital, where she founded Helvi’s Comfort Wagon for children, received a President’s Volunteer Service Award, and had a visitor’s lounge in the Watkins Center for Emergency & Acute Care wing named in her honor. Helvi is survived by her dear sister, Irja E. Daly of Gardner; four nieces, Gail A. Palojarvi of Westminster; Catherine P. Aulenback and her husband Lawrence of West Townsend; Elizabeth P. Hennemann and her husband Richard of Templeton; and Mary M. LaFreniere and her husband Steven of Gardner; four nephews: Patrick A. Daly and his wife Carol-Ann of Gardner; David W. Palojarvi and his wife Patricia of Templeton; Daniel P. Daly and his wife Heather of Harvard; and James M. Palojarvi of Ashburnham; three grandnieces, Ashley R. Palojarvi of Colchester, VT; Maible A. Daly and T. Mairead Daly of Harvard, MA; three grandnephews, Justin D. Palojarvi and his wife Stephanie of Ashby, MA; Kevin P. Daly of Lemont Furnace, PA; Brian C. Daly of Leominster, MA; and one great-grandnephew, Jace W. Daly of Lemont Furnace, PA. Helvi was predeceased by her beloved brother, Olavi W. Palojarvi in 2018. Calling hours will be held Friday, December 14, 2018 from 4:00 – 6:00 PM at Mack Family Funeral Home, 105 Central St., Gardner, MA. Funeral services will be held Saturday, December 15, 2018 at 10:00 AM at the Faith Lutheran Church, 627 Green St., Gardner, MA. Burial will follow in Wildwood Cemetery, Gardner. In lieu of flowers, charitable contributions are appreciated to “Faith Lutheran Church”, specifying in memo to “Youth Fund”, 627 Green Street, Gardner, MA 01440. To leave an online condolence, please visit www.mackfamilyfh.com . Mack Family Funeral Homes, 105 Central St., Gardner are assisting with arrangements.
To order memorial trees or send flowers to the family in memory of Helvi J. Palojarvi, please visit our flower store.