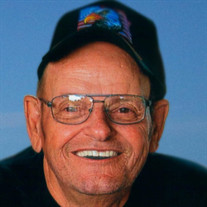 Gerard A. “Jerry” Racette, 73, of Gardner, passed away peacefully, on Saturday, September 28, 2019, with his family by his side. Jerry was born in Gardner, on June 25, 1946. He was the son of Arthur H. and Alphonsine M. (Gagne) Racette. Jerry and Odette were married on June 26, 1965, and were happily married for 54 years. Jerry was a jack of all trades, most notably being a licensed burner technician for the last 31 years. Jerry is survived by his wife Odette R. (Couture) Racette, his children, Jason G. and spouse Dawn M. (Alibozak) Racette, of New Britain, Connecticut, his son John T. Racette and April Rodriguez of Gardner, his daughter Julie A. Racette, of Templeton, his brother George H. Racette of Baldwinville, and many cousins, nieces, and nephews. He was predeceased by his parents, his brother Donald L. Racette, his sisters Sister Christine Racette, MSC and Sister Jeannine Racette, MSC, both were Missionary Sisters of the Sacred Heart. According to his wishes, there will be no services. Donations may be made in his name to St. Vincent DePaul Society, Annunciation Parish, 135 Nichols Street, Gardner, Massachusetts 01440.

The family of Gerard A. "Jerry" Racette created this Life Tributes page to make it easy to share your memories.