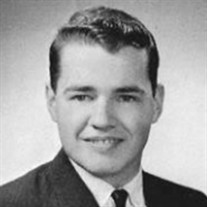 GARDNER - George Lucien Laplante, 73 of Gardner formerly of Ashburnham, died Thursday, August 20, 2020 in Saint Vincent Hospital, Worcester. He was born in Gardner, on August 4, 1947, the son of the late Lucien O. and the late Annette M. (Bois) Laplante. George grew up in Ashburnham and graduated from Oakmont Regional High School.  He was a veteran of the Vietnam War serving in the Air Force. George was employed as a driver for MART and retired in February,  previously worked as a driver for several Medi-Van Companies.  Upon his return from the military he worked at Simplex for several years. He was a member of the Ashburnham Fire Department and also was an EMT.  He loved to listen to his scanner and build weather stations.  He was fascinated with the American Eagle and followed them daily.  He would surf the web for geo-minerals which he collected.  Born with the gift of gab he loved to talk and share stories.He leaves his sister, Ann D. Upton of Bolton, CT;  nieces, and nephews, Tara-Mae Richards, Patti Bourgeois, Jimmy Goguen, Ricky Goguen, Carle Goguen, Jesse Goguen, Jason Goguen and several great and great great nieces, nephews, cousins and very close friends.   He was predeceased by his sister, Claire M. Goguen two nephews, Michael Goguen and Kevin Goguen. Funeral services and burial in the Massachusetts Veterans’ Memorial Cemetery, Winchendon will be private.  In lieu of flowers, the family suggests that memorial contributions be made in his memory to the Gordon Erickson Fund c/o the Ashburnham Fire Department 99 Central Street, Ashburnham, MA 01430. Mack Family Funeral Home 105 Central St., Gardner is directing arrangements.

The family of George Lucien Laplante created this Life Tributes page to make it easy to share your memories.