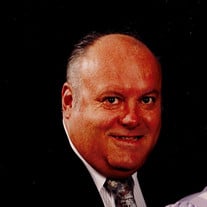 ATHOL - Gene A. Ferrari, 85 of Athol, died Thursday, May 7, 2020 at his son’s home in Athol. He was born in Orange, on October 13, 1934, the son of the late Augustino and the late Mansuetta (Degara) Ferrari. Gene grew up in Athol and graduated from Athol High School with the class of 1953. He served in the U.S. Navy from 1954 - 1958. He worked as an agent for the Boston-Maine Railroad for 30 years, retiring in 1999. He was a member of the Athol Boosters Association - past president, served on the finance committee of the Lithuanian Club, and was a past commander of the American Legion. He was a lector at St. Francis of Assisi Church and served on the parish council. Gene was a natural born athlete and spent many days in the backyard with his children playing all sports. He coached all his son’s Little League teams for 13 years and could always be found cheering them on from the sidelines of every sporting event. Gene was an avid mushroomer and would frequently stop at houses asking if he could take their mushrooms. In his spare time, he enjoyed shooting pool, darts and bocci and was on many leagues. Every time he left the house, he made sure he had chocolates in his pockets to hand out to all acquaintances. He leaves one daughter: Dawn Whelpley and her husband Neil of Townsend, four sons: Gene and his wife Laurie of Brewster, Scott and his wife Lori of Weston Lakes, TX, Christopher and his wife Carla of Grayslake, IL and Mark and his companion Colleen Gray Clyatt of Athol, seven grandchildren: Gino Ferrari, Jenny Ferrari, Nicole Whelpley, Ryan Whelpley, Rebecca Ferrari, Ava-Natalie Ferrari, and Mark Ferrari Jr. He also leaves one sister, Nellie Madden of Amherst. He was predeceased by his wife Natalie (Ambrose) Ferrari in 2014; two brothers: Arthur Ferrari and Joseph Ferrari and four sisters: Josephine Sahagian, Louisa Gelinas, Norma Caranci and Nancy Gates. Funeral services and burial in the Massachusetts Veterans' Memorial Cemetery, Winchendon will be private. In lieu of flowers, memorial donations in Gene’s name may be made to the Athol Boosters Association, c/o Marty Miarecki, 389 Cobb Hill Rd., Athol, MA 01331 To sign our online guest book, leave a condolence or to view the Funeral Mass, please visit www.mackfamilyfh.com. Fiske-Murphy & Mack Funeral Home 110 New Athol Road, Orange is directing arrangements.

The family of Gene A. Ferrari created this Life Tributes page to make it easy to share your memories.