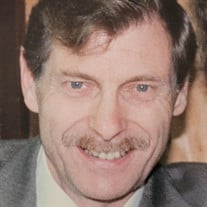 Duane L. Henehan, 86, of Ashburnham went to sleep peacefully in the Lord on March 19, 2021. He is predeceased by the love of his life Jane Henehan, who left his side in July 2016. He leaves one son, Jonathan Henehan and his wife Suman, their children: Michael and Timothy; three daughters: Cindy Bryer and her husband Scott, their daughter Taylor; Debbie Jones and her children: Zack and Amber; Laurie Tompkins and her husband John, their daughter: Melissa Duprey and her daughter: Ariah; one brother, Floyd Henehan and one sister, Char Henehan. Duane is predeceased by a son, Daniel Henehan and a brother, Robert L. Henehan. He was born on March 3, 1935, in Victor, NY a son of the late Henry and Genevieve (Hodge) Henehan. At the age of 10 his family moved to Bushnell's Basin, NY. He joined the US Marines at the age of 19, and served for 3 years, prior to his honorable discharge. During his service he received a metal and became a sharp-shooter. He became a proficient technician in the Marines, which served him well later in life. He continued to better himself by going to night school and was promoted from being a technician to an engineer. He was employed for many years as an engineer at Setra Systems until his retirement. In 1974, he married the love of his life and they were happily married for 42 years. Duane was a proud husband, father, grandfather and great-grandfather. He was a man with a passion for the outdoors. He and his wife enjoyed traveling and took their dream trips to Ireland and Hawaii. He enjoyed watching and participating in sports and looked forward to be with his sons each year for the Super Bowl. He enjoyed skiing in the winter and water sports in the summer. After his retirement he kept busy working in the garden, fixing almost anything and working on writing his life story. He was the editor of the newsletter for the Gardner SDA Church. As a result of his dedication to share the word of God a large number of people enjoyed his writings. Duane had a strong faith and knew that he would see his Lord someday. He will forever be in our hearts. A memorial service will be held at Camp Winnekeag on Thursday, April 29, 2021 at 11:00 a.m. To leave an online condolence please visit www.mackfamilyfh.com. Mack Family Funeral Home, 105 Central Street, Gardner, MA 01440 has been entrusted with Duane's funeral arrangements.

Duane L. Henehan, 86, of Ashburnham went to sleep peacefully in the Lord on March 19, 2021. He is predeceased by the love of his life Jane Henehan, who left his side in July 2016. He leaves one son, Jonathan Henehan and his wife Suman,... View Obituary & Service Information

The family of Duane L. Henehan created this Life Tributes page to make it easy to share your memories.