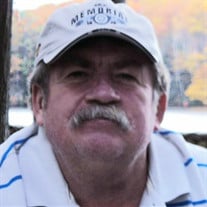 GARDNER - Daniel Edward "O.B." LeBlanc, 66 of 196 Lovewell St., Gardner, died Saturday, June 15, 2019 at home. He was born in Gardner, on February 6, 1953, the son of the late Ernest J. LeBlanc and the late Ruth A (Gerrard) LeBlanc. Dan was a former bar manager at the Napoleon Club and the former field operations coordinator at DMC Energy Inc. Dan will be missed by all for his generous and giving ways, always willing to help anyone. He was a member of the PACC helping out at many events and the Napoleon Club. He graduated from Gardner High School in 1972 and received a degree in criminal justice from Florida State University in 1977. Dan was an avid Boston sports fan especially the Red Sox and Patriots as well as Florida State University Athletics. He was a lifelong sport enthusiast playing sports from the early age in the Tom Flynn baseball League, in high school he played on the football and baseball teams. Dan played softball while attending Florida State University and played in softball leagues in Gardner on Jandris and the Napoleon Club teams. He was an assistant coach of the American Legion Baseball teams in the 1980s, Dan was a member of the Gardner Municipal Golf Course and played on many golf courses throughout New England he especially liked Shattuck and Crump-in-Fox Golf Course. He participated in the Club Dead Golf Tournament every year. Later in his life he was on many billiard pool teams in the Gardner area. He was an avid reader writing online book reviews as well as a lover of all music. He leaves one brother: Roger E. LeBlanc and his wife Sheryl of Goodyear, AZ; uncle, John W. Gerrard of Leceister; three aunts, Peggy E. Gallant of Sarasota, FL, Mary Labor of Nashua, NH; Etta May LeBlanc of Gardner - with whom he lived; his niece and goddaughter, Melissa LeBlanc of AZ; cousins: Pamela LeBlanc with whom he also lived, Linda Charpentier of Leominster, and many other cousins. A celebration of Dan’s life will be held on Monday, June 24, 2019 from 5 to 8 p.m. at the PACC Club, Kendall Pond Road, Gardner. Burial in Wildwood Cemetery will be private. In lieu of flowers and the family suggest that memorial donations be made in his memory to the American Lung Association to help fund COPD research, 55 W. Wacker Drive, Suite 1150, Chicago, IL 60601. For more information or to sign our online guest book please visit www.mackfamilyfh.com. Mack Family Funeral Home 105 Central St., Gardner is directing arrangements.

The family of Daniel E. "O.B." LeBlanc created this Life Tributes page to make it easy to share your memories.