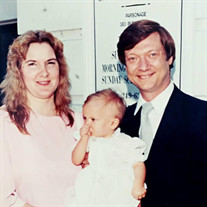 ATHOL – Bob LaFlamme, 70 of Athol, passed away on Wednesday, October 21, 2020 at home. He was predeceased by his wife, Polly Wilson-LaFlamme on October 25, 1992 of cervical cancer after fifteen years of marriage. After the loss of his wife Bob raised his daughter, Sarah, alone from the age of 4. He adored his daughter with his life. Never afraid to go after his dreams and passions, Bob was a man of many accomplishments. He attended Mount Wachusett Community College and worked as a Corporate Accountant, mostly in Los Angeles, CA. Some of his interests were Hunter Seat and Jumping, figure skating, sailing, skiing and he was a former member of the National Ski Patrol. He also enjoyed writing, oil painting, playing piano and scuba diving. One of his oil paintings is displayed at Rye Beach’s public library in New Hampshire. He lived in Goffstown, NH for close to twenty years altogether.  Bob was a staff writer at the beach for Rye Reflections and wrote several articles for the Portsmouth Herald and other publications over the years. He loved Rye Beach, NH and lived there by the sea for a year before moving back to Athol. Bob was a former Scuba diver for the Athol Frogmen, a volunteer rescue and recovery team for the Athol Fire Department; a Sunday School teacher for the Manchester Association for the Retarded Citizens (MARC) in a group home in Goffstown, NH; and had also taken a course in nursing at Mount Wachusett Community College in 1991. He was a born again Christian and loved the Lord, Jesus Christ, very much. Bob also co-wrote his Ward genealogy book, “Skeletons in Our Closet” and was proud to be an ancestor of General Artimus Ward of the American Revolutionary and the Phillipston Wards. He leaves behind his beloved daughter: Sarah LaFlamme-Munnis and her husband Ryan; his most beloved fiancé Carole Johnson; his father Alfred LaFlamme – to whom he was very close; two sisters: Sue Britt and her husband Ernie, Martha MacEwen; brother in law Brian Carey; four nieces: Angie Gimore and husband Matt, Jordan Carey, Julia Carey, Lexee Richard and husband Draco; two nephews: Justin and Cole Littlewood. Besides his wife Polly, Bob was predeceased by his mother Ruth MacEwen. Private graveside services will be held at Lower Cemetery beside his beloved wife Polly and his beloved grandfather and grandmother Ralph & Bessie Ward. “We are not measured by how much we have loved others but how much others have loved us” – Wizard of Oz, 1939 “If there were sadness in Heaven, they would be crying for us.” – Bob LaFlamme, 1992. To leave an online condolence, please visit www.mackfamilyfh.com Fiske-Murphy & Mack Funeral Home, 110 New Athol Rd., Orange is assisting with arrangements.

ATHOL &#8211; Bob LaFlamme, 70 of Athol, passed away on Wednesday, October 21, 2020 at home. He was predeceased by his wife, Polly Wilson-LaFlamme on October 25, 1992 of cervical cancer after fifteen years of marriage. After the loss of his... View Obituary & Service Information

The family of Bob LaFlamme created this Life Tributes page to make it easy to share your memories.